With Wenzel Coaching
Since 1994

"Kendra has been instrumental in my success on and off the bike. As a former professional cyclist and coach, she has years of first-hand knowledge and experience coaching athletes from beginners to elite. What I love most about Kendra is that she understands what it’s like to be in th shoes of a professional female cyclist and she customizes a plan to meet my personal and team goals, while understanding the physical and mental demands of being a pro athlete." 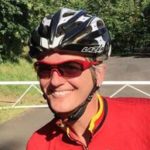 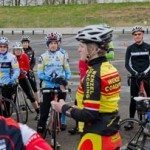 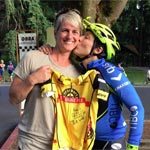 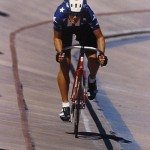 Kendra is a USA Cycling Level 2 Coach who helps elite and developing elite bike racers take their performance to the next level. She specializes in up-and-coming road, mountain bike, and cyclocross racers who want to race successfully on the national and international levels and have goals of becoming pros. She also has refined the art and science of rebuilding athletes who’ve been thrashed by previous over-training and chronic illness.

Kendra’s athletes enjoy her easy working style and understanding of the art and science of performing at the top levels while taking into account all the demands of their time and energy. 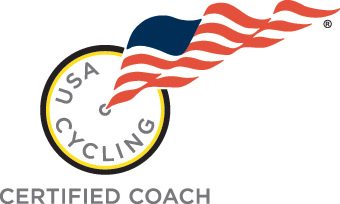 Her clients have achieved everything from national road, mountain bike, cyclocross and collegiate championships to wins in international stage races and series, and world championship competition. Most recently she coached Clara Honsinger to the US Cyclocross National Championship for Elite Women in December 2019 (as well as for U23 Women in 2018). She coached Jade Wilcoxson to the 2013 US Professional Women’s National Road Racing Championship and the Individual Pursuit Championship on the track. Other recent client successes include the Pan American Championship Cyclocross race for U23 women and several UCI CX wins. Other notable client achievements include a 4th place in the World Championship Team Time Trial in 2014 and a pro Kenda Cup Short Track win and podium.

In addition to coaching, Kendra trains coaches and writes content for all levels of endurance athletes. Kendra co-authored the book Bike Racing 101, an introduction to road bike racing. Her articles and interviews have been featured in publications such as Velonews, Bicycling Magazine, The New York Times, and the Men’s Journal.

Kendra was a professional cyclist for 12 years and was a member of the US National Team for much of that time. She was a gold medalist in the Individual Pursuit at the Pan American Games in Cuba and also earned 14 National Track Championship medals. She earned 30 professional race wins on the road in the years 1997-1999 alone, with over 100 total career wins on the road and track. While studying for her degree in mass communications at UC Berkeley she won the US Collegiate Road Championship and was a Collegiate All-American. Kendra’s race experience goes beyond the road and track, racing mountain bikes professionally for team DiamondBack in 1995.

Kendra began riding her bike as a teenager, riding the Seattle-to-Portland double century event before beginning racing while attending UC Davis in Davis, California. She joined the Davis Bike Club and began racing all over California. She raced her first international stage race, the Women’s Challenge Race (then known as the Ore-Ida), in Idaho in 1988. She then tried her legs on the track and spent 1989 through 1994 racing the road and focusing on the pursuit event, taking 6th in the pursuit at the 1990 World Championships and 4th in the Goodwill Games.

In 1995, wanting to take a break from the track and following many road riders who had crossed over successfully to the mountain bike side of racing, Kendra joined Team Diamond back under the guidance of Olympic Bronze Medalist Sue Demattei. After a rough year of illness, Kendra went back to her love of field sprinting on the road, heading a women’s development team that placed herself and another rider in the top 10 of the National Racing Calendar (NRC) series. Mentoring teammates formed an enthusiasm for developing up-and-coming racers, and she devoted time outside of her own training to advise young riders. In 1997 she returned to top form, riding for the top-ranked Saeco/Timex Team as its captain, placing second in the NRC series and competing for the US National Team at the World Championships.

1998 brought Kendra close to a US National Championship with a 2nd-place finish in the road race. That year also included racing in Europe as her team completed the Tour of Italy (Giro Feminin), racing its top GC rider to a 2nd place overall. Her 1998 season continued successfully with the overall win at the Tour de ‘Toona, a 3rd place finish in the NRC series and another berth on the World Championship Team. Kendra wound down her final year of professional racing in 1999 with the Timex team, placing 3rd in the US National Road Race Championship and 5th overall in the Saturn Pro Series.

Since her retirement from active racing, Kendra has devoted her full time to coaching, writing, and being a mom to her daughter. She gives back to the sport by volunteering on the US Bicycling Hall of Fame Board & Nominating Committee, and the Oregon Bicycle Racing Association Women’s Committee, as well as having volunteered for eight years as a USA Cycling Sport Committee member. When she’s not in her office or out on a ride on weekdays, you’ll find her in the gym slinging kettlebells, while weekends are filled with road rides with her wife and hikes with their black Labs. She trains enough to eat what she likes but mostly enjoys watching her clients race.

"A few years ago, I read a book about racing bikes and started cycling purely on a whim. Over a year later I considered over 100 coaches but only needed 5 minutes talking with Kendra Wenzel to know that she was the one I wanted on my team. Kendra constantly impresses me with her combination of perspective, humility, and calmness, three traits I aspire to have and that are so difficult to find in any domain - let alone something as volatile as bike racing. Only weeks after working with Kendra did I realize that she was the author of Bike Racing 101 - the book that got me into the sport in the first place." ~ Sophy Lee

"I was lucky enough to find Kendra 4 years ago when I first decided to put some effort into my cycling. Kendra started from ground zero with me and over the years we've progressed from weekend warrior, to winning state championships, to winning national stage races and now to racing the Cyclocross World Championships. I'm convinced Kendra and I will continue to set and achieve higher and higher goals as we work hard to further develop my skills and fitness." ~ Jade Wilcoxson

"Thanks again for designing such a solid program for me all season. One of the key reasons that I'm riding with such confidence is because I have complete confidence in my coach and training program :-) You're awesome... thanks!!!" ~ Tim Butler

"Deciding to work with Kendra was the best decision I've ever made in my cycling career. I've worked with a handful of coaches and none have approached the depth and breadth of Kendra's knowledge and expertise. Because she combines personal experience in racing at the top levels with a long history of coaching, I know that she understands what I'm experiencing and what I need to succeed; whether discussing specific race courses, tactics, the importance of recovery after many days of racing, or specific preparation for certain kinds of races. She's literally been there. But she doesn't have a cookie cutter approach. She really listens, adapting training to my personal needs and being flexible in order to deal with any training or racing hiccups that come down the road. Last but not least, Kendra's communication style is excellent. She's there when I need her!" ~ A. Barensfeld

"Thanks to your program for the first time ever I was leaving everybody on the climbs and many riders trying to get on my wheel for me to pull them up ... hats off to you again because yesterday there was a world of difference in how I felt riding versus a charity ride in Libby this past spring -- both were 100+ miles (Thank you Kendra and Wenzel training)! 100+ miles and nobody could stay on my wheel." ~Nichole Rogers

"There I was at the national championships lined up in the second row of the pro women's race. I never would have even imagined that I would be there ever ... Thanks for your support." ~Sue Butler

"Holy #$%&@, those intervals were hard. I went into them way underestimating their deadliness. I only got 2x5 in because I could barely maintain 250 W for the last one and my legs were totally blown. SUPER hard cardiovascular-wise, too, because all the work caught up to me in the rest period and then it was SO hard to get started again. Felt like my lungs were being seared alive. Legs were obliterated too. Middle intervals were the best/most consistent. Way to bring the heat Kendra. :) " ~ A. Fisk Beardsley

Thank you for my first win. I couldn't have done it without you.
Gene Harding

Sometimes, even when an athlete already has a coach or is self-coached, it can be helpful to have an experienced coach review their training journal, plans and goals. Under Wenzel Coaching’s simple “by the hour” consultation rates, any athlete can talk to Kendra and get help for their racing. Many athletes discover any missing or over-represented elements in their training as well as get additional ideas to improve their training that a fresh perspective can bring. We can discover patterns of training that may lead to over-training or frequent illness and make suggestions that can lead to remedying issues that may often seem like chronic limiters.

To inquire about consulting with Kendra, just fill out the form below or give us a call. Talking to athletes is what she loves, and she enjoys the challenge of helping racers who feel like they’ve reached a plateau or impasse.