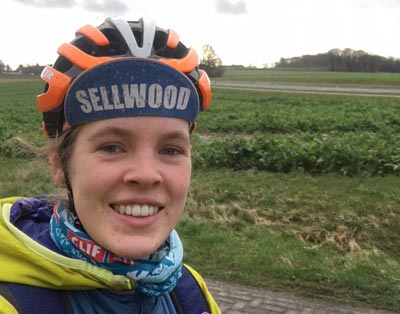 Athlete Clara Honsinger in The Netherlands in the week before the World Championships.

I had been up for 32 hours – only 30 if you count the two quick hours of sleep on the plane – and it was finally time to go to bed. The day had begun with a 4am drive to the Portland airport on January 24th and was coming to an end at the USA Cycling house in Sittard in The Netherlands on January 25th. I was three days out from the Hoogerheide World Cup and over a week away from the World Championships in Valkenburg. Surprisingly, the travel fatigue was not that bad. My body seemed to be in more of a state of confusion spurred by excitement and adrenaline — plus a midday ride and a couple cups of coffee managed to keep me going. The long travel day seems to resemble my first elite UCI ‘cross season: it has been long, has had many new and foreign experiences, and has been primarily sustained on coffee. And like that long travel day, the feeling of exhaustion has been overcome and refreshed by excitement in anticipation of my first opportunity to race a CX World Cup and World Championship. 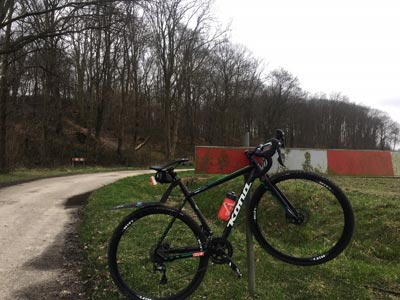 Guaranteed, this bike is going to get a workout on Saturday, Feb 3rd!

The Hoogerheide World Cup was, at the minimum, thrilling. At the maximum, it was rapid, sharp and nonstop focus. In the United States, we line up against some of the best racers in the world. At Hoogerheide, I was lining up against all of the best riders in the world. It was an exciting sensation, similar to crit racing — I would make a hard effort or sharp move on one feature and pass a few riders, only to be swarmed by five riders by the following corner. Every time I assumed I had dropped a rider, I would turn a hairpin and find her back on my wheel. Through one section I would proudly nail a tricky feature, then a sloppy bobble in the next section would tear it all apart. There was no mid-race lull or recovery, just a constant focus on moving up. While mechanicals and anxiety proved to be frustrating distractions during the race, the extraordinary speed was extremely exciting. I have never had so much fun in a race in which I was nearly lapped. 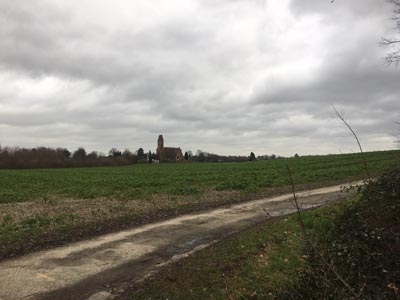 Hoogerheide was a grounding experience in preparation for Worlds. The absence of races in between the end of the domestic season in early-December and Nationals in mid-January left feelings of uncertainty in my racing capability. Through that period, a lot of hotspots in my fitness and technique that I had felt during the regular season began to form as blisters. Luckily, with the guidance of my coach, Kendra Wenzel, and mentor, Erik Tonkin, I have been able to focus on these spots and turn them into advantages in my racing. Kendra has directed my fitness to its sharpest, while Erik has transferred strength into technical finesse. Most of all, their guidance has kept racing sustainable and fun by understanding my identity both on and off the bike. They have helped me integrate my training schedule into my work schedule, along with sufficient time for rest in between. With their support, I approach Worlds on Saturday having completed all of the hard work and at the designated peak of my performance. All that is left is to put that practice into action.

Watch Clara take on the world on Saturday, February 3rd at 1 pm Valkenburg time (7 am Eastern/4 am Pacific). See streaming opportunities. For local Portlanders, join Team S&M CX at Chris King Headquarters at 1:30 pm on Sunday, Feb 4 for a viewing of Clara’s race and a fundraiser for Team S&M. There will be BEER!