The ice-bath recovery technique has been in the culture of performance sports for many years. Few up-and-coming racers use this technique, and many professional athletes that use this technique do not know the scientific efficacy of the technique. Here is a review on the subject with the latest information and what you should be doing to ensure maximum recovery following race days or extremely hard workouts. 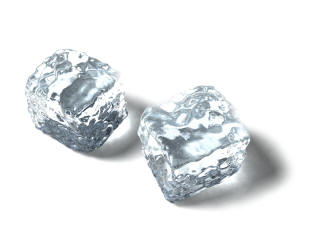 In the more recent studies conducted on acute cryotherapy (acute meaning between sets of a single exercise session), there seems to be a distinction between the type of exercise task given and the performance benefits of the cold water immersion. For power tasks like rock climbing and endurance tasks like cycling there is a statistically significant benefit of the treatment, while in a speed application such as a 30 second maximal cycling effort, there is a negative effect on performance from the treatment. Generally speaking, it is not completely conclusive whether or not the ice bath is guaranteed to improve performance in exercise circumstances. Basically, you will not be taking an ice bath in the middle of your road race or century, so this does not really apply for most endurance athletes.

For the studies done on multi-day cryotherapy treatment, the ice bath treatment groups showed performance increases for physiological exercise tests in 2 of the 3 studies analyzed. A unifying finding applies, which is that some aspect of performance was increased. In the study of soccer athletes (1), the mental state of the athletes improved with reduced perceived exertion and fatigue, thus giving an advantage over the control group of non-immersion in a competitive situation. Thus the multi-day cryotherapy treatments showed slightly, although not firmly, conclusive results with cryotherapy to improve recovery (either physical or mental) over the period of time the treatment was given.

Which kinds of athletes benefit?

Conclusions from the studies involving elite athletes, six of the seven studies show that cryotheraputic approaches to recovery showed statistically significant improvements in recovery time and performance measures. The studies investigating subjects who were coined in the “recreationally fit” category showed that only one of the four experiments concluded with a net result of performance enhancement via treatment with cold water immersion. Lastly, looking at the studies using sedentary individuals as subjects, none of the four total studies showed any marked improvement in recovery using the cold water immersion. Taking these observations, it seems to clarify why the importance of subject choice is key to understanding cryotherapy in a more detailed and sophisticated manner. Elite athletes may benefit from this practice; where as less trained individuals may not see any benefit of doing so. 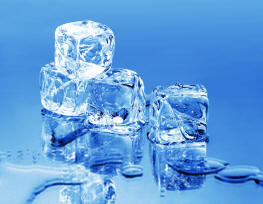 Which exercise benefits from Cryotherapy?

Next we analyze the significance of the type of exercise being performed. The studies presented in the bibliography used various methods to induce exercise exhaustion and fatigue in the subjects. Comparing the studies with power tasks that were used ((5,6,7,8,9,11,12,15), Speed tasks (2,3) and Endurance tasks (1,4,10,13,14)) produces a distinctive and intriguing pattern of results. Of the eight studies that used power tasks to induce fatigue, only one concluded with statistically significant evidence that endorsed the use of ice baths to improve recovery times. The speed task oriented studies showed one of the two with beneficial results, while the endurance task based studies showed five out of five conclusions with statistical significance supporting the improved recovery of cold water immersion. According to this analysis, endurance athletes seem to benefit from cryotherapy quite significantly, especially compared to power sports like weight lifting.

Finally, we look at the non-physiological parameters of testing subjects for cryotheraputic benefits. A major measurement that many studies took during the experiments was rated perceived exertion. This is a crucial factor to consider not only in a physical aspect, but also a psychological aspect. Although performance variables measuring direct physiological parameters can be the same, perceived exertion can vary significantly for the cold water treatment group relative to a control (1). In addition to this, soreness is another perception of pain by the brain that can be subjective to interpretation by psychological factors. Several studies showed marked lowering in specific soreness pain, although significant physiological measurements of performance were not statistically different than the control groups (4, 9). Especially in a competitive environment, pain can become a factor that can hamper performance, thus cryotheraputic methods employed on athletes can give an edge over competitors who disregard the use of cryotherapy.

Now the question is, how to use cryotherapy to improve performance in application. The studies conducted generally used a time period of 8-15 minutes of submersion, with water temperatures varying from 5 degrees Celsuis (ice water) to 15 degrees Celsuis (Cold water). This seems to be the ideal temperature and time to enhance recovery. There were no conclusive findings that a colder temperature worked better for recovery. Taking the ice bath with a light stretching session before and after the ice bath may also work well to improve recovery (10). The key to the ice bath from a temperature standpoint is to keep the temperature of the surface and subcutaneous layers of the skin as cold as possible. Thus, when taking an ice bath, you should follow with a quick warm shower, or a longer cold shower to preserve the iced temperature of the skin for a longer period of time. Do not take a hot long shower following the ice bath. Ice baths for consecutive days of competition or hard training will result in the most noticeable benefits. Using cold water immersion everyday after training might not show the same benefits (although there is no evidence that it causes harm). Basically, if you take an ice-bath for 10 minutes after competition if you are racing for multiple days (such as a stage race, or omnium race weekend) then it provides the greatest benefit. Or you can jump into the lake with your teammates if you are near one. Have fun in the tub!