↓ Skip to Main Content
Home › Mental Skills › Healthy Rivalry versus Obsessive Rivalry: Where do You Draw the Line?

Healthy Rivalry versus Obsessive Rivalry: Where do You Draw the Line? 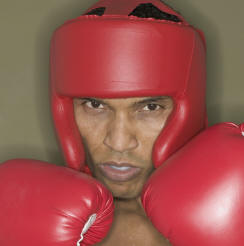 You may have a rival in your area whom you are focused on beating.  When you beat your rival you may be pumped up, even if you didn’t win the race. On the other hand, when you lose to your nemesis you may be demoralized. Is such a rivalry healthy? How does it affect your success as a racer?  We all understand, and may have experienced “sibling rivalry”, but do we have as clear an understanding of sport rivalry?

What is a sports rivalry?

Sports rivalry is defined as an intense competition between athletic teams or athletes.  The intensity of the rivalry is on a continuum, varying from friendly competition on one end to fierce competition on the other end.  Geographic proximity or frequent meetings in important races can lead to rivalries.  A rivalry may be individual or team based.  For example, if one team needs to beat another for the State Championship, all members may feel the pressure of competition: racers, teammates, and even coaches.  The focus of this article is on individual rivalry.

Do you have a sports rivalry?

Do you have a sports rivalry? Is it friendly or fierce and obsessive? Friendly rivalry can motivate an athlete to do his or her best, but if a rivalry gets out of hand it can have a negative impact on racing.  If you dwell on the performance of your rival or your performance relative to the rival, race after race, it is likely that your own performance will suffer.  Why?  Let’s look at an example of an obsessive rivalry.

A Cat 2 cyclist who is now retired gave me her thoughts on an obsessive rivalry that one of her competitors had with her: “I had a competitor who competed in the same region, and she was overly focused on beating me.  She would show up at the race, and tell a good friend of mine that it was more important to beat me than to win the race.  In the race this was obvious.  She wouldn’t do any ‘work’.  She would basically stick-to-my-wheel for the entire race.  If we were in a criterium she would monitor my every action during the race.  If I jumped, and went for a prime she was right there on my wheel, but would never, ever come around me.  It was almost like she had this intense fear of losing to me.  So, instead of racing her own race, she would compromise her own performance by sticking to me like glue!  I hated that.  For the most part, when I raced I was happy about cycling.  I loved the sport, atmosphere, intensity, and competitiveness.  But, in these races it felt so negative.  Sometimes, due to her obsessive attitude, and tactics it would slow the race down.  She was unwilling to even take a single pull.  Sometimes I would beg her, ‘Just take one pull, and we can make a breakaway.’  She would never do any work, so whenever I raced against her it came down to a field sprint.  She had a decent sprint, but I would usually beat her.  I never understood.  What was the point?  Race to come in fourth, fifth or sixth?  Why not race to get a breakaway, and then she could’ve at least been guaranteed second.  I could rant forever.  It was just so frustrating.  She was really her own ‘worst enemy’ in the race.”

I agree with this cyclist.  If the competitive energy and drive are directed toward beating one person, then one is not focused on the best possible placing in the race. There is a good chance that this will have a negative impact on race outcome.  It truly is faulty thinking to be obsessed with beating one individual when there are many other participants in the race to be beaten.

How can a healthy rivalry fuel performance?

Let’s take a closer look at the definition of competitiveness to answer the question of healthy rivalries.

During training, competitiveness provides the motivation to do what needs to be done. During a race, competitiveness provides the intensity, strength and persistence to improve, and “dig deeper” than you would in training. In competition, an athlete should be doing what he/she needs to do to win the race or secure the best possible placing. A “healthy rivalry” may help to improve an individual’s performance by increasing the competitive motivation.  Wanting to beat another in the process of doing as well as possible in the race can fuel crossing a gap, sprinting a little harder, or paying closer attention to nutrition or riding efficiency. When beating the other becomes more important than winning the race, the rivalry is no longer healthy.

Where do you fall on the “rivalry” continuum?

It’s clear that competitiveness is not solely about winning. It is about passion, a passion for excelling, exceeding, persevering and achieving.  It doesn’t have to be against your rival. It is the passion to be the best that you can be, and not be satisfied with anything less. If you fall on the friendly side of the rivalry continuum, wanting to beat your rival but mostly focused on the overall placing, your competitiveness can be a positive part of racing, and your life.  But, if you fall on the obsessive or “fierce” side of the continuum, wanting to beat that one rider more than anything, it can take you away from your goals, and have a negative impact on performance.

Setting goals (unrelated to your rival) can foster cycling confidence

A goal and a plan denote desire.  Again, that’s healthy competitiveness–the desire, the passion, to obtain something. Before you can find your athletic confidence you must have a clear, concise vision of what you want apart from beating your rivals.  Ask yourself, “What do I want?”  And, of utmost importance, “Am I willing to put in the work to get there?” Answer these questions without consideration of your rivals, and you are well on your way to success.

Will having a healthy competitive attitude contribute to my happiness?  Why?

Maintaining a friendly rivalry will not detract from your performance.  In fact, by avoiding the pitfalls of an obsessive rivalry you will be more likely to find personal fulfillment and overcome obstacles in your path.  You are more likely to feel happiness, and be energized during a race.  In this healthfully competitive mind-set you will be able focus on the present, and avoid thinking about past performances against the rival.  In this healthy competitive mind-set you will be able to be engaged in the present moment.  This acceptance of the present, and having a deep sense of engagement, will not allow negative rivalries to detract from your freedom to play. It will allow you to perform, and to be free from evaluations or expectations of others. Being in the present moment allows one to be in a “trusting mind set”, and to be an authentic performer. This allows you to be your true self, and to show your rivals what you can do.