It’s certainly not necessary to be playing high-stakes at the card table to benefit from a poker face. The ability to mask one’s reactions from the competition is useful outside of gambling – in sport.

We often hear about athletes who were racing at full intensity and simultaneously finding a way to conceal the evidence of how close they were to blowing up. Cyclist Tom Boonen comes to mind; often in post-race interviews he would comment, “I was not feeling great, but I kept that to myself.” Likewise, one reads accounts of events where the non-winners recap, “She surprised us… I thought we were all on the limit…I had no idea she was bluffing.” Olympic gold medalist and world champion distance runner Haile Gebrselassie is famous for maintaining his relaxed smile, even while crushing the competition with a record-setting pace.

Evidently, it’s a useful card to hold (sorry about the pun) – to be in control of one’s facial expression such that others misread it. If the competition can’t tell how you feel, they can’t use that information to adjust their tactics.

Who Are You Fooling?

Here’s a twist. According to the facial feedback hypothesis the shape of the countenance is part of a feedback loop with the owner of the face! How I feel is reflected in my facial expression, and the information contained in the muscles reports back to me what emotional state I’m in – be that happy, sad, angry, frustrated or anything else.

There’s a suggestion of ‘chicken and egg’ in the model. The question is, “Could I get faster by concealing the effects of intense effort from my own face?” In a way, this is to separate symptoms from signs: I know (subjectively) that I’m working hard, but the (objective) signs of that are hidden. No-one can tell, including me.

I’ve written elsewhere about the psychological phenomenon of the red line of effort. The concept here is an extension of that. The array of signals indicating one’s Rate of Perceived Exertion (RPE) include heart-rate, breathing rate, core temperature, muscle tension, various signals from the Vagus nerve (including homeostasis information from the gut and central nervous system)…all of which add up to “I’m working this hard” and eventually to “this is my limit” voices in the head. 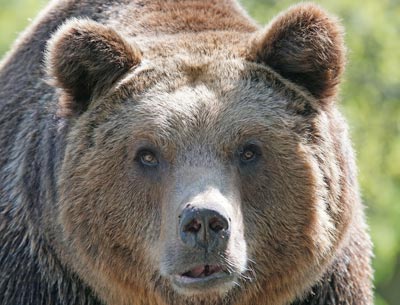 There’s a fight-or-flight component too. When the Sympathetic Response is triggered, various physiological systems combine to give you the fuel for battle, or for escape from a predator, including a ‘signaling to the pack’ facial expression. This certainly has survival value. Thus, you’ll be endeavoring to suppress, or at least modify, an inherited, evolutionary mechanism. Very hard effort in sport resembles the fight-or-flight state. World Champion cyclist Graeme Obree once said, “It’s the kind of effort you would use to save your life.” In this state, your body doesn’t distinguish between anguish and ambition. Whether the pursuit involves a bear or a bicycle, you’ll be energized to win.

Facial expression control is akin to hazard perception in cycling, where we learn to ignore ‘threats’ (such as trees) and keep the focus on preferred lines, say through a chicane or rock garden. We’re learning to suppress an innate response and replace it with a more useful one.

Learning to control one’s facial expression involves collaborating with one’s survival systems. You can’t learn in a situation so stressful that your innate reactions are controlling you, so the first step is to practice whilst in a ‘learning state’ – sufficiently relaxed that the new strategies can be explored and absorbed.

The issue we are addressing is muscle tension – specifically facial muscles. Here’s the prescription: In training, oblige yourself to relax your face at every level of effort, particularly at Lactate Threshold and beyond – climbing flat out, sprinting, and at any time when you feel really not good but want to remain inscrutable. Holding a mellow expression during a supreme effort indicates to your muscles and motor – as well as any competitors – that the effort is sustainable.

Try the following methods to control your expression:

Work on blending the twin aspects of hard effort and relaxed face, perhaps with a coach. Like most important skills it will require repeated practice. It will be worth it.

On the Flip-side: Playing Dead 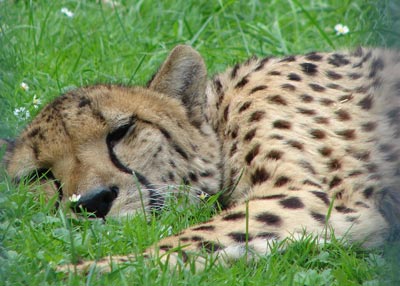 Finally, the art of bluffing has a counterpart: what about wearing a facial expression deliberately designed to make you appear to be in worse shape than you really feel? How about coming into a finale with your strength in great shape – but choosing to put on the “I’m cooked” face? This is what Sean Kelly did at Milan-San Remo in 1992. Having chased and caught Moreno Argentin during the final minutes, he pulled right behind him, indicated he couldn’t come through and needed to recover…Argentin opened up his sprint – and Kelly came by for the win!

It’s probably true that pretending to be ‘more tired’ is easier than pretending to be fresher than one actually feels. And you may have guessed that according to the theory of facial feedback, wearing an “I’m tired” face would indicate to your energy systems that you might indeed be tired. For this reason you’re going to have to be on top of your fooling game, putting on your ‘dead’ face while simultaneously enjoying the fact that the face is faux.

Bring the full range into your ‘bluff repertoire.’ It’s an acting exercise that just might pay off!

Head Coach Paul Page-Hanson, M.A. practiced as a psychotherapist in London for over 10 years. Now in San Francisco, he is a licensed cycling coach, massage therapist and body work specialist working with all levels of abilities on the dirt and road. Paul is available for mental skills training and coaching as well as bike fitting and riding skills clinics.