Q & A Coach Forum: Running with a Weighted Vest 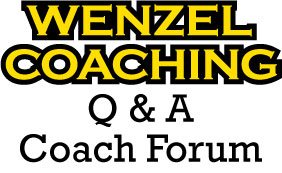 “Hey guys, read your articles in ROAD Magazine… nice. I was wondering what you thought of running up stadium stairs with a weight vest on during the winter to build strength in lieu of weight lifting. I lifted for about 12 years and after finding cycling went back for two winters on the weights and really found no benefit. Running stairs seems more “dynamic” especially if using a weight vest, say up to 50 lbs. I just know how hard stairs can be the day after a hard ride so was thinking this would be a good off-season, muscle and bone strengthening exercise. Thanks in advance for any opinion you may have!” ~Doug

Since you were lifting for twelve years before you started cycling, you may well have made yourself so strong that there was little room left for improvement with more lifting. The answer to the question of whether running stairs with a weight vest is a good substitute for weight lifting for cyclists generally may be a bit different than the question of whether it is good for you personally. The rest of my answer applies to cyclists generally.

A couple of decades ago, the US National men’s road team got sponsorship in the form of a product called a Pig Belly. I think it was made by a company called Porkka’s,  but I may be wrong about the spelling. You can be forgiven if you never heard of the product because is disappeared pretty quickly. It was a chunk of iron that you could bolt to your frame near the bottom bracket to add weight. The idea was that pedaling the heavier bike would be harder work and therefore better training. Unfortunately for the sponsor, the riders figured out pretty quickly that the Pig Belly was not beneficial. The riders were pedaling the same cadences with the same forces, so getting the same training, but going slower. Plus, the bikes handled differently with that extra weight, and shifting and braking were affected. Adding weight to bikes does not make better riders.

Running with weights is different from riding a heavy bike. If you push as hard with no weight in running up stairs as you would with weight, you’d spring off the stairs in a way that is less similar to pedaling. Either the cadence or the stride length has to increase with no weight if you keep the same force. Weighted running lets you make near maximum force, as you would want for strength training, while maintaining a range of motion similar to that in cycling.

Strength training has been shown to be beneficial for cyclists, with good studies supporting both pumping iron in the gym and pushing big gears on the bike. The benefits typically found include increased endurance at VO2-max. The athletes who lifted developed the ability to go flat out for additional seconds or even minutes before blowing up compared to the ones who didn’t lift. I don’t know that there have been studies of weighted running for cyclists, but I see no reason to expect that it would not be beneficial. As you noted, it would be high-force and dynamic.

I’m thinking about a former client who had an amazing sprint. He was a bit overweight for a cyclist. He never lifted in the gym or did on-bike strength, but he did go up and down ladders all day with a tool belt and electrical fixtures to be installed.

If you are running stairs with a 50-pound vest and not getting injured, keep it up. I would never send anyone out to do that though, because of the injury potential, even though I expect it would be good for your cycling.

Running stairs in a vest would recruit lots of fast twitch fiber, making them available for riding later. The recruited fibers would need to be converted to cycling use by riding later, just like fibers initially trained in lifting work.

I would not suggest replacing your whole gym routine with weighted running. Rather, you might substitute the weighted step running for any squats or leg press you would otherwise do, but keep up a routine of core work, and some upper body work if you lack strength there. Remember also that an intense workout such as running stairs is demanding to begin with, so each workout would need to be balanced with your other workouts in order to provide sufficient recovery each week so that you can also complete your scheduled rides strongly.