↓ Skip to Main Content
Home › Coach tips › Ride Safer: Pretend You Are Invisible on Your Bike

Ride Safer: Pretend You Are Invisible on Your Bike

With kids back at school and more people on the road, it’s a good time to recall this tested riding tip: 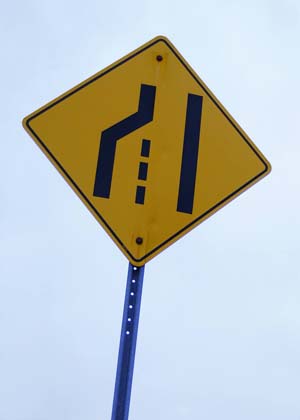 We’ve all heard too many stories of bike-car collisions and near collisions. In the majority of those bike-car crash stories, the driver will say something like, "I never saw him/her." Drivers turn left in front of cyclists wearing day-glo jackets. They pass cyclists and turn right across their paths a moment later. At night the problem is worse even when cyclists are lit up like Christmas trees, but this happens even in mid-day light too.

You don’t want to have one of those stories of your own, but what can you do about it? Wearing bright clothing and putting on plenty of lights at night is a good start, but for real safety, pretend you are invisible. That doesn’t mean you should ride naked and expect not to be honked at. It means you should assume that one or several of the many drivers with whom you share the road won’t see you even if you are exactly where they are or should be looking and you should ride to keep yourself safe anyway.

If a driver is in position to turn left in front of you, assume they will make the turn and adjust your speed or lane position appropriately so that you won’t be there when they get there. When passing driveways or intersections, try not to be in a position where a car can cross your path. That may mean moving out a bit, speeding up to cross the intersection with a larger vehicle, or slowing down to give the car a chance to get past before you put yourself in the vulnerable position. It sucks to have to adjust your behavior because someone else is going to act like they are blind but it sucks even more to be injured or have your bike wrecked, so do what you have to do.