Shades of Red – The Blurred Line of Mental Limits

Grassroots British cyclists have an obsession with the 25-mile time trial. By the end of their first season, every racer knows two things: 1. How long it takes him or her to cover the 25 miles, and 2. The existence of a clique – those riders who have ‘gone under’ and completed the event in less than an hour. As with the four-minute mile, a shade beneath the cut-off, even 59:59, still counts – no doubt about it. Riders anxiously look forward to certain days on the TT calendar when there are events on particular roads offering ideal weather conditions and drag-strip-like pavement for optimistic legs. 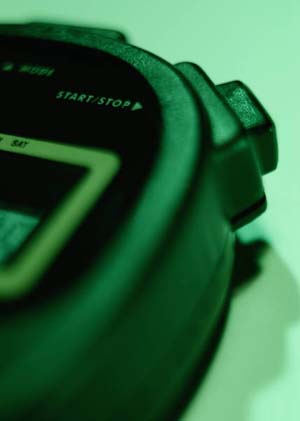 However, I’m here today to reflect on those riders whose personal record is 1:00:00. Five digits long. Not ‘under’. No cigar.

I spent many years on the UK time-trial scene, and here’s the thing: every single cyclist who ever rode 25 miles in a dead even hour immediately announced that if only they’d known how close they were, they would have pushed just that little bit harder for the result. Not only did they say it, but they knew, we all knew, that they could have delivered.

Sometime during racing or training, every athlete believes they are maxed out, with nothing more to give. But that determination is made by the mind, not the body. It is a cerebral, rather than muscular energy issue. Scientific and anecdotal evidence shows that humans can readily exceed self-imposed limits. If the stakes are high enough (a new PR), or the motivation is enhanced (family watching), or there’s a perceived risk  (gangster wants your bike) then somehow, a new gear is found.

This last example is particularly key. Graeme Obree said the TT ‘is the kind of effort you use to save your life’, and it’s true that the combination of epinephrine, cortisol and glycogen is a fuel you’d use in fight-or-flight. There’s no predator, save perhaps a rival racer, but that concoction will bring you power at your limit. Of course, you wouldn’t want to spend an entire massed-start race in this state – we’re talking about brief forays – to hold a wheel, bridge a gap, crest a climb, or contest a sprint.

Some recent studies have pitted riders against virtual competitors. Each subject was invited to try to beat their on-screen nemesis head-to-head. They always managed to. Turns out the avatar’s pace was the subject’s own ‘flat out’ effort, made earlier. So, previously the rider had chosen to obey the brains’ announcement of ‘enough’ when the legs could have done more.

What’s tricky is that this is a corrosive state to be in, challenging the immune system, releasing free radicals, and compromising health if done too often or for too long. Your central nervous system knows this, and tells you to stop, using phrases such as “That’s the limit, no more, it’s too much!” Your task in training for high-intensity efforts is to practice ignoring that voice and pushing even harder. Bring in an assertive thought: “Thanks for the suggestion, but I’m going deeper”, for example. You will be rehearsing a flight state in which you recognize the signals of intense effort and learn to choose your reaction to them.

The red line comes in shades. How you perceive it is an act of will. Your engine has more to give, if you train your thinking to allow it.

Head Coach Paul Page Hanson works with all levels of athletes on mental skills as well as road, mountain bike and cyclocross training programs. Inquire about working with Paul.