Surgery and Recovery Around Training – A Coach’s Experience and Analysis 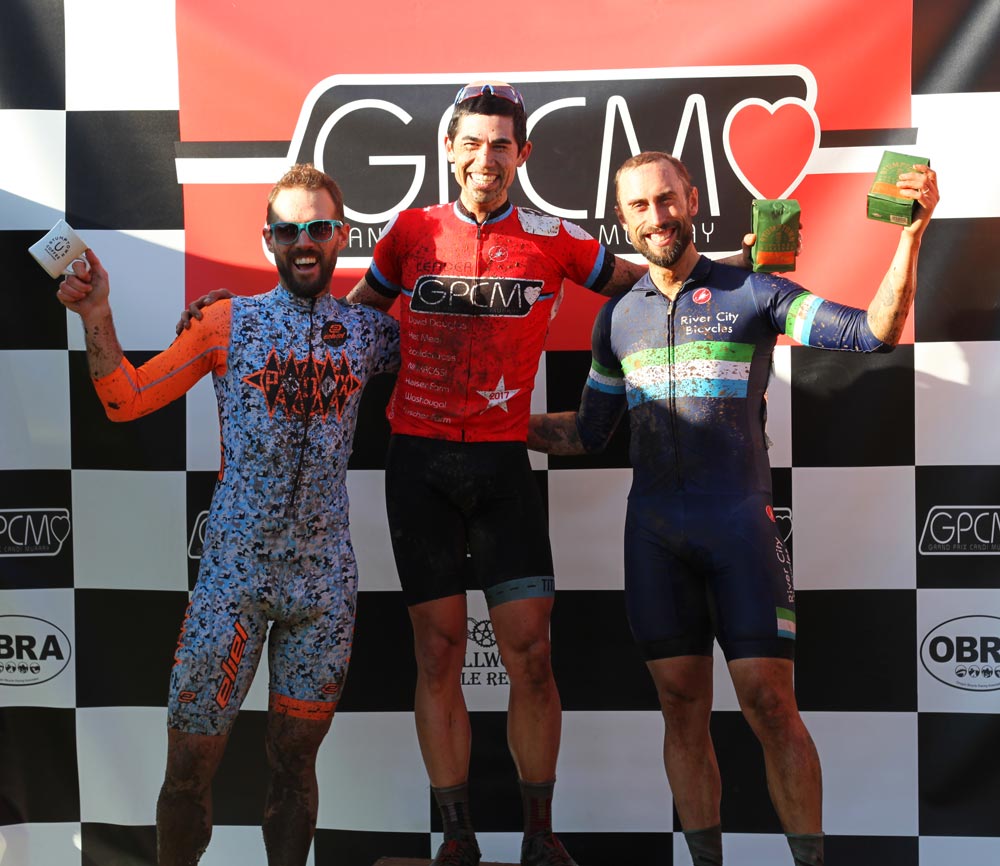 Associate Coach Andrew Coe during the 2017 cyclocross season when he had postponed hernia surgery to finish out a strong season.

Competitive cyclists are constantly making risk versus reward calculations. Often, these are momentary decisions that have immediate near-term consequences such as making a move in a race or choosing to eat or not eat before a workout. Other times, the implications are larger and take much longer to play out. Such long-term calculations might include planning out a season calendar that focuses on a few key events and figuring out what needs to be done to optimize training to hit those goals. Even bigger calculations are involved when trying to figure out healthcare decisions.

Endurance athletes can struggle with taking time out from their sport in order to get healthy when things go wrong. It often becomes a complicated calculus of “how little time off can I get away with while still making progress with this injury/sickness/health issue?” or “how much can I train without making things worse?” I experienced such a scenario last year, involving some calculation of how to manage life goals, racing, and maintaining good health. The following account is about having this issue come up, my thought process about how to manage it, a brief journal documenting the recovery process, and some takeaways from the experience.

My Dilemma: Whether to Repair a Hernia During Cyclocross Season

Sometime over the last year, I developed an inguinal hernia. This is a situation in which the intestines push through a weakness in the abdominal wall. Mine started fairly small and was not very noticeable other than a slight protrusion. Over time it got worse and became increasingly uncomfortable. For a long time, it wasn’t even noticeable while riding a bike. It progressed to the point that it became occasionally painful while standing. Some days it hurt enough that it was difficult to stand up straight. Even then, it was not terrible while training.

By the time cyclocross season started, the hernia had become more than just a nuisance.  It was painful but manageable. But the timing was not great to schedule a repair. I had a really good first race after a solid last three months of training. I had goals of going to Nationals at Reno in January and making the top 10 in the Masters 35-39 category. The hernia repair would mean substantial time off the bike (4-6 weeks) and I thought this would make reaching those goals nearly impossible.

Atop the podium at the 2017 GPCM Series in the Pacific NW.

So the question became: How much can I get away with? There was a chance the hernia could cause some serious problems. At this point, it was big enough that a section of intestine was pushing through the weak area. If the intestine became twisted, it could cause a bowel obstruction. Another risk was that blood flow to the intestine could get cut off, causing immediate and severe complications. On the other hand, racing was going very, very well. I had some serious momentum coming into the season and had won the first race of the year.

In the end, I decided to take the risk of delaying surgery. I feared that the time off the bike would destroy my fitness and the entire season would be lost. So I proceeded despite the pain. As a result, I spent many days in serious discomfort at work. I also had to manage the mental stress of knowing something could go wrong quickly. On the other hand, the season ended up being my best since moving to Oregon. It included three wins, an overall series victory, my first podium at a Cross Crusade race, and a seventh place finish at Nationals.

When I did schedule a surgery consultation after the season was over, the doctor noted that I had a quite sizeable hernia and recommended that it be repaired as soon as possible. The surgeon said that after surgery, it would take six full weeks of not lifting anything more than a milk jug, and no riding outside. He did say I could return to work as soon as I felt ready, but to be very conservative and that I could spin on an indoor trainer lightly after a few weeks. I scheduled the soonest surgery date available, February 2nd.

I took some notes documenting coming back from surgery:

Measuring the Losses from the Downtime

In total, the surgery resulted in 20 days off the bike followed by two weeks of minimal Z1 spinning. I was curious what effect this would have on my fitness, so the weekend after being cleared for normal training; I celebrated by doing a 20-minute power test. Two days later I did a 5-second all out sprint.

My wattage numbers were higher than I expected, though perceived efforts on both tests were higher than normal, which is to say, I felt worse after both compared to baseline. Another major factor is I definitely put on weight during the time off. This is somewhat seasonal, I tend to add weight after cross season is over, but the combination with loss of fitness made a significant impact to my W/Kg numbers.

Overall, I went into the surgery nervous about having the procedure and the follow up recovery. It went by surprisingly fast and I came out of it having lost less fitness than I expected. While not training, I was able to get several other work projects completed as well, so it was not all lost time. Additionally, the time off the bike allowed me to more fully rest than I usually do when taking time off the bike. This sort of rest is especially helpful to completely heal any other residual illness and injuries picked up over a hard season. The first few rides were slow but they felt great.

My biggest takeaways are that when coming back from an injury, you should take the full time to let the healing happen, and don’t be overly concerned about the loss of fitness. The importance of listening closely to the body and erring on the side of doing less is the key to keeping progress going forward. Finally, taking some complete rest time after a season can be really great thing.

Associate Coach Andrew Coe enjoys analyzing data and breaking down complex processes into tangible parts. He enjoys helping clients reach goals both big and small. He is available for one-on-one consultations and monthly training plans for events on all surfaces (dirt, gravel, pavement).