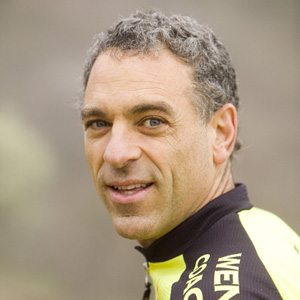 In nature we never see anything isolated, but everything in connection with something else which is before it, beside it, under it and over it.- Johann Wolfgang von Goeth

Several years ago, the training blogosphere was atwitter with posts from and about a masters racer who had done well for many years, including some podium spots at Nationals. I’ll call him Dan, though that’s not his real name. In the year in question, Dan had again made the podium at Nat’s after dramatically changing his training. He suggested that his new way was better. The gist of the story was that he had done a “traditional” high volume training plan for several decades, and then in this particular year he had switched to a low-volume/high-intensity program and had done as well or better, with a lot less time invested.

Riders looking for a quick way to elite fitness were particularly intrigued by Dan’s experience. His story was consistent with research studies that found rapid fitness gains as a result of higher intensity training both for beginners and those with an aerobic base. The timing coincided with Chris Carmichael’s publication of The Time Crunched Cyclist, in which a higher intensity, lower volume training plan was described, with the caveat that it tended to generate quick progress, but short peaks at sub-world-class fitness. Since Dan had won medals at Masters Nationals though, commenters asserted that he had shown that the new way was good enough. Soon we’d all be training short and hard, and riding better than ever.

However, this discussion coincided with the publication of numerous research papers that contradicted the “new” paradigm.

Usually, research scientists study training by changing some aspect of an existing program and looking for physiological or performance changes. For instance, numerous studies support the concept of specificity in exercise training. They find that for similar investments in training time, riding bikes does more to improve cycling performance than weight lifting or running. The behavior or professional bike racers is consistent with this concept: Pros ride their bikes many thousands of miles per year, and, while they may lift or run, those activities are only a small fraction of yearly training hours.

Numerous studies and personal experiences have shown conclusively that cyclists use more oxygen and run higher heart rates for the same power production at higher (>90 rpm) rather than lower (<70 rpm) cadences. That might suggest that we should push big gears at cadences below 70 rpm, but anyone who watches bike races knows that simply doesn’t happen. Except on steep hills, pros don’t ride low cadences while making a real effort. Anyone who races seriously also knows why.

There is no shortage of either oxygen or heart beats in the world. Conserving does not enhance performance. Keeping oxygen consumption or heart rate in a certain range controls the rate at which the body will fatigue and how long you can ride before being forced to reduce power. Oxygen consumption and heart rate are good proxies for how tiring a ride is only if you keep cadence roughly constant.

Smart racers look at research (or have coaches who look at it), but take study results with a grain of salt. They don’t change their training based on every article that comes out, especially when conclusions contradict what the most successful athletes are doing.

The research that contradicts short and hard training is special. It was not done by the common method of changing training and seeing what happens to physiology or performance. It could not possibly have ended up contradicting how pros actually train. This particular research consisted of observation of the training of the most successful endurance athletes in the world, and it occurred in the seasons preceding their all time best performances, primarily medals at the Olympics or Worlds.

What this research found was that the most successful endurance athletes do almost 90% of their total training time at endurance base and recovery paces, well below lactate threshold (LT) or functional threshold power (FTP), and close to 10 percent as VO2-max work. The balance is a mix of levels of exertion, with at least a bit of intermediate effort, harder than base but easier than VO2-max. The exact distribution of effort varied depending on race scheduling, weather and so on, but the approximate ratio of easier and very-hard work held. Because this training style involves rather easy and very hard work but little in between, it has come to be called “polarized training” and is distinguished from specific training, where most of the work is done near race pace, which is near LT for bike racers.

At about the same time the research describing polarized training among elite athletes was published, other researchers were looking at the training response of relative novices who trained either in a polarized or a specific fashion for periods longer than a few months. While high-intensity training brings rapid gains over a period of a few weeks, athletes who trained in a polarized fashion reached higher levels after several months of training.

The Meaning of Dan’s Experience

Summarizing Dan’s experience as, “he trained short and hard and then did well,” ignores a key fact about athletic training: Performances in one season are not the result of just the previous few weeks, or even months, of activity. Rather, they reflect everything an athlete has done and that has happened to them in all the years they have been alive, and what happened to their parents and all their ancestors before that.

Admittedly, the things you’ve done the last few days and weeks have an outsized impact on your condition today. If you hammer your guts out Thursday, you’ll be slow and tired on Saturday. Put in good volume for several months and then taper for a week or two, you’ll be ready for an above average performance, for you.

Things you did years ago still have an effect. Consider a tweaked knee from an accident several season back that still acts up on cold days, or a beer belly or smoker’s hack that accumulated over several years before you ever started training and has not yet cleared up. Consider my experience as a retired racer: For a good five years after I stopped training, I was still one of the faster riders on any century ride and able to keep up on race-rides, even though I wasn’t actually training.

Training at 15 mph (24 km/h) might be decent training for racing at 18 mph (29 km/h), but won’t prepare anyone for racing at 25 mph (40km/h). Fifteen is great prep for training at 16 a few weeks or months later. Each incremental increase in training speed in turn sets you up for training at yet higher speeds. The process can’t be rushed any faster than your body can respond. Endurance builds in a similar way over many months.

Going from sedentary to well trained takes a minimum of two years, and longer if the training is less than optimal or there are setbacks on the way. How fast or how far you can ride today depends on training and other behaviors from months and years before.

Since performance depends on an athlete’s entire history, no one ever really changes training plans. Dan’s results actually came from one lifetime of training. That lifetime included several decades of high volume, and then lower volume and higher intensity for one year. (I’m suspicious that Dan may have kept himself a bit overtrained during all those high-volume years and that he might have performed even better on high volume with better recovery. Overtraining is not an inevitable result of high volume training, but it certainly does happen when riders prioritize volume over quality.)

Aerobic power and endurance build gradually over years of training. Whatever you’ve done in the past serves as the foundation for what you will be able to do in the future. Fitness fades gradually during extended rest periods. Good sleep and good health enable quality training and improving performance. Skipped training, poor sleep and poor health weaken the foundation for future performance.

Body fat and weight come down very gradually with smart diet choices and adequate exercise, and creep back up with sloppy eating or inadequate physical activity. A skill that has never been developed is absent, while skills that have been mastered stay with you for years, though they may need refreshing after a long period of disuse.

Condition and performance on any given day depend on years of history. All the good decisions you’ve made, from sticking to your training plan, to eating right and getting enough sleep, add to your ability to ride well today. All your errors of the past undermine that ability.

Keep thinking about the bigger picture. Whether or not you realistically hope to win in the coming season, if you are serious about racing at your best any time in the future, or even living to experience a ripe old age, exercise, sleep, maintain health, eat, and work on skills as well as you can because whatever you do now will be the foundation for what you are able to do later. If you have a child, partner or friend with athletic dreams,, or for whom you have such, help them lay the foundation of good diet and exercise choices today that will help them reach their dreams tomorrow.

This article first appeared in the January/February 2015 issue of ROAD Magazine. Scott Saifer, M.S. and the coaches of Wenzel Coaching provide training plans and guidance for athletes of all ages and abilities. We also provide accountability for our clients, which is perhaps equally as important. Knowing they’ll have to tell their coach what they have and have not done helps them to stick to their training and eating plans, get to sleep when they should and make the other decisions that will make them better racers. To inquire about working with Scott or any of the other Wenzel Coaches, call 503-233-4346 or visit us on the web at www.WenzelCoaching.com.