The Fine Art of Self Talk in Cycling Performance

This week I took part in a bike race that didn’t go quite how I wanted. I didn’t win, felt I could have done better, and although I finished reasonably well, I was left with some ‘what ifs,’ which have been the fuel for my recent rumination.

It’s a peculiar thing, to finish an event and experience achievement and satisfaction tempered by frustration and disappointment. The ‘voices of review’ are many and varied. There’s the “Well, it could have been a lot worse” with its counterpoint “What the hell was I thinking!” Also fighting for space were “But that was a noble effort” and “I need more training and preparation.” 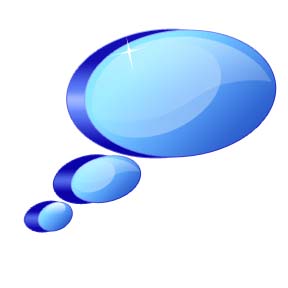 During a rather harsh internal critique (“I’m an idiot”), I suddenly thought, “Hold on, what makes me think I can talk to myself in a way I would never speak to someone else? What might I say to a friend in a situation like this?”

Thus the narrative unfolded. I was reminded of creative-thinking expert and bicycle-fan Edward de Bono’s “Six Thinking Hats,” in which he proposes a varied repertoire in considering and addressing a problem or situation. Each hat has a different color which represents an optional point-of-view and way of reflecting on a topic or event. In de Bono’s model they can be summarized (in no particular order) as Logical (yellow), Emotional (red), Creative (green), Analytical (black), Facts (white), and Overview (blue).

It occurred to me that my own race-review used thinking that was, by turns, clinical, harsh, compassionate, and practical. So there was some condemnation, stirred in with excuses, plus a dash of rationale and support.

I’d spoken to myself on a continuum from judge to friend. Here’s the thing: I knew all along that what I really wanted was to maintain my morale, keep my enthusiasm for training and competing, and generally feel ok about life. So, what became important was to find ‘the voice’ that most helped in those respects, prioritize it to the exclusion of the other dispiriting noises, and to gain the best prospect for bouncing back and looking forward!

In the world-at-large, we know that morale and productivity are usually not improved by intense criticism. Feedback doesn’t have to be coddling, but it ought to be balanced and supportive, and preferably bring improvements in performance and mood.

Think about your own self-talk. As you reflect on a performance or activity, do you feel encouraged and optimistic? Harsh criticism only has a place if it genuinely helps. I’ve worked with many psychotherapy clients over the years who have been hard on themselves, whilst acknowledging that it really doesn’t improve matters. To start with, maybe spend a few minutes using three separate thinking styles to reflect on any topic you like. One, an emotional critique, allowing the ‘gut feelings’ to flow. Two, a logical assessment, calmly identifying strengths and weaknesses and circumstantial factors. Three, a creative approach, seeking and allowing new perspectives, fresh alternatives, and a way forward that feels optimistic. Once you’ve got the gist and the insight that various perspectives are available, and spotted your own preferences, then you can bring the Six Hats into play.

Here’s an example. Suppose I lost out in a sprint. I could say “My sprinting sucks, I might as well just give up, and sell the bike” (Red, Emotional hat). Or I might say “My position wasn’t optimal, and I could have chosen a better wheel to hold before the finale” (Black, Analytical hat). I could add to that “Racing requires optimal preparation, sufficient strength and skill, tactics, and a bit of luck on the day” (Blue, Overview hat). I know that “Hilly races in my category are typically won by riders with 4w/kg” (White, Facts hat). Now I’m on a roll: “It’s certainly possible for me to race at 65kg and train for a 275W Threshold, which would place me at the front of that field” (Yellow, Logical hat). I arrive at “I’d like more punch in my hilly sprint, I’m going to hone my training, and work with my coach on that aspect” (Green, Creative hat).

Edward de Bono recommends using the hats one at a time, and allowing full flow of each modality, no editing or restrictions.

It’s a good idea to get familiar with the varied ways you could reflect on a situation, and remind yourself that ‘the voice is a choice’ – it’s up to you which words, phrases, and tone you use. Finding a new voice will take time and effort, though.

Be an ally to yourself

Do you speak to yourself in a way that’s different from conversations with people you like? Why might that be? It’s all about honing the mental skills that work for you, and the aim is to keep you happy about your bike.

It’s a good idea to get familiar with the varied ways you could reflect on a situation, and remind yourself that ‘the voice is a choice’ – it’s up to you which words, phrases, and tone you use.

Ask yourself which style feels most useful; be specific. Make a habit of your preferences, maybe keep a journal. Learn to spot negative thoughts and replace them with useful ones: let the friendly voice flourish. I recommend a few minutes every day of quiet reflection, checking in on the patterns of thought, reflection, and self-talk. At first, all you need to do is observe. Then you can start to discard the unproductive elements in preference for helpful and creative ones. The frequent practice is pivotal, as it’s the habit that makes the difference.

In sport, we know that maintaining morale is very important. Be assured that the enthusiasm to train and race, and the actual performance, are bolstered by a self-talk style that really works to promote clarity of thought and a positive attitude.

Head Coach Paul Page-Hanson MA, is from England. He raced extensively throughout Europe whilst maintaining a busy psychotherapy practice. He has been part of the Bay Area cycling scene for seven years, racing and coaching road, track, mountain-bike and cross.