The Myth of FTP 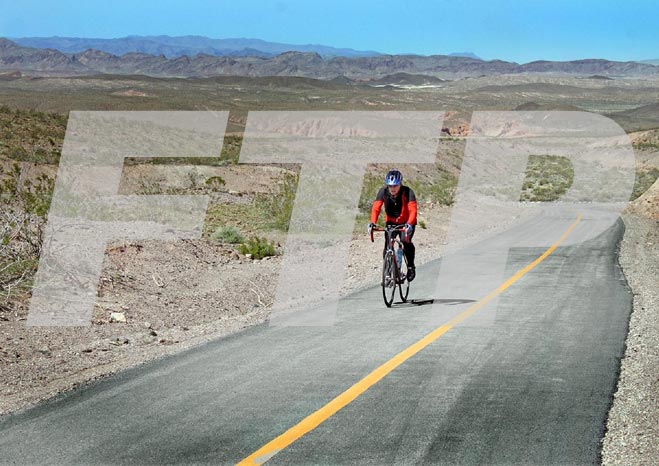 It’s pretty hard these days to escape the concept of Functional Threshold Power, or FTP.  A quick Google search will produce statements such as:

Cycling forums are full of questions starting with “My FTP is X. Is this good enough to start racing?”

Given the hyperbole, you’d assume that the rider with the highest FTP will win all the bike races, and that if you’re not training to increase FTP you’re wasting your time. However, after winning somewhere around 160 bike races with an FTP that’s only slightly above average, and coaching clients with a variety of talents to a lot more wins, I’d suggest you may want to rethink this.

What Is FTP and What Is it Used for?

In simplest terms, FTP is the highest sustainable power a rested athlete can maintain for about an hour. Once you’ve tested by any of the methods out there, you plug it into a spreadsheet or software to determine “training zones” and a variety of other metrics, such as long term and short term fatigue. Then you start training.

So Is the Concept of “FTP as The Biggest Factor” Sound?

Let’s test the model at the highest level of the sport. Given that FTP is a roughly one hour max power number, we will look at one of the best one hour riders in the world, Tony Martin (multiple-time world TT champion) and compare him to one of his peers, Mark Cavendish, who has never won an individual time trial as a professional, and doesn’t even bother to compete in the discipline at worlds. General speculation out there is that Martin’s FTP is near 500 watts and Cavendish’s is around 350 watts.

So why does Cavendish have 48 grand tour stage wins, and Martin only 7?

Hint: Most bike races end with a sprint of some kind.

Training FTP, or testing for FTP, you’d have a flat line looking graph: 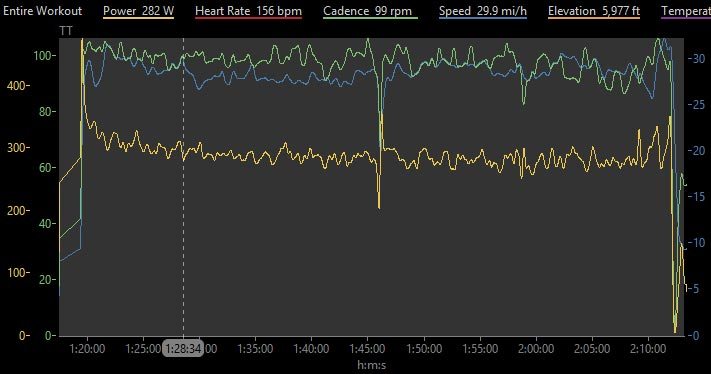 Contrast this with the graph from a local criterium: 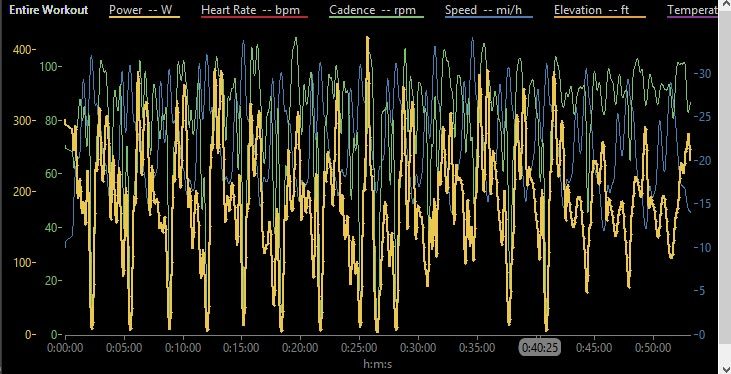 New riders often complain about getting sent to Offthebackistan (a remote village well away from the end of the peloton) during races. Many of them come to me with the certainty that they need to improve FTP. They’ve read the hype, and they’ve been training to the FTP file, in some cases making gains of 10% or more, but they are still getting that passport stamped, because they are racing to the criterium file.

Training to a steady state model, riders can’t contend with surges. The ones that can hang on finish well back in any field sprint. When they try to get away solo but lacking the jump to get a gap, they end up towing the field around.  When they change their training model to better resemble their actual racing, improvements in their finishes come quickly.

The key to winning most races is speed, and a quick recovery from those speed efforts. Having short-burst power allows you to handle surges, create separation, and compete in a field sprint. It also allows a racer to control FTP monsters when they do show up. Twenty seconds of speed and a draft will negate 100 watts of FTP advantage. Cavendish 48, Martin 7.

It’s Not What the Power Is, It’s When It Is

Even if we were to somehow throw a governor on our speedier counterparts, FTP would still not be a guarantor of success. Being able to throw out a pretty 20- or even 60-minute number when fresh is often useless when attrition thins the field and it becomes a war of wills. One of my favorite pictures from years back shows a group of myself and five other riders contesting an uphill sprint after a brutal four-hour road race. We all look like warmed over death. I took the sprint with a weak 500-watt effort. I had just a little more when it counted. Certainly when fresh some of those racers could have out-FTP’d me, and even out-sprinted me.

But I’m a Climber!

Then worry about weight first. Taking some average assumptions (6% grade, 300-watt FTP, 155-pound bike and rider) dropping a bit over 4 pounds means gaining nearly a half mile an hour in climbing speed. To do the same with power, the rider would have to increase their FTP by nearly 5%. For a well trained athlete that’s a pretty big ask. It might take months of uninterrupted training, if there is even room for that much improvement.

A full 20-ounce water bottle weighs 1.25 pounds and requires five extra watts to go the same speed up our 6% grade. Think about that (and drink your water).

But I’m a TT/Tri Athlete!

Then focus on aerodynamics first. Changing a helmet can make 10-20 watt difference, or 5-7% of the FTP for the rider above. I worked on position with a Kona age grouper who had finished 2nd several times as a younger athlete. We tweaked the racer’s position and the racer won, and set their fastest bike leg ever, despite no change in the power number compared to the past. Then they won again.

I have one client who did a 56-minute 40k on 230 watts. He deliberately GAVE UP FTP to improve his aerodynamics.

(More on aero vs. power and determining the sweet spot in a coming blog post).

No. But remember it’s just a single tool in your toolbox. There may be other tools that’ll you’ll use more often, or that you need to acquire to meet your goals. Work on your FTP if you have room for gains, but improving your sprint power, anaerobic repeatability, racing tactics, weight, mental commitment, or your aerodynamics will win you just as many races, if not more.

Coach Kurt Bickel. “Sport is a jigsaw puzzle. The picture isn’t really the point. The real enjoyment comes from putting the pieces together.”