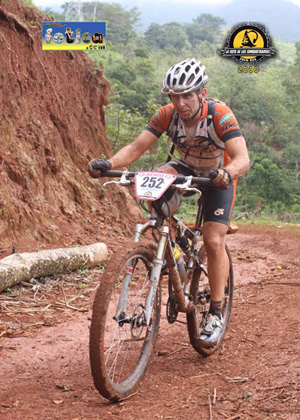 The annual La Ruta epic mountain bike stage race in Costa Rica traces the coast-to-coast route traveled by the Spanish Conquistadors in the 1500s. It’s a route that took the Conquistadors over 20 years to complete, but today’s racers do it in just four days of riding up and down mountains, through jungles and across mudslides and rivers. Time Magazine listed La Ruta as one of the top 10 toughest adventure races in the world.

The call of adventure and challenge attracted our team in 2009. The thought of racing our bikes on foreign soil and through one of the most scenic countries one can visit was extremely alluring. After completing the 2009 edition, we decided to go back this year and really race it, considering 2009 a learning experience.

Training for this race is different than any other mountain bike race in the world. Having completed the race in 2009 we had a very good idea of what to expect physically. The race starts in the tourist town of Jaco Beach on the Pacific coast and travels east to Limon on the coast of the Caribbean. The 4-stage adventure takes racers through the lush and always wet tropical Carara rain forest where the mud and mud slides force riders to carry their bikes for long stretches. The course also takes racers to the dizzying heights of the Irazu and Turrialba volcanoes with steep climbs taking several hours to complete and followed by 2 or more hours of very technical rocky descents. It would be an understatement to say that this race, even if one’s goal is just to finish rather than consider racing, is not for the casually trained or averagely-skilled mountain bike rider.  Even riders who compete at a very high level and have completed the race in the past can be found abandoning with injuries or bad luck.

As an year-long active road and mountain bike racer, I tend to stay very fit throughout the season, but my specific training over the three months leading up to the race contained some substantial modifications.

Knowing that there would be long periods of hike-a-bike and shouldering carrying, strengthening my shoulders and improving the flexibility of my arms and shoulders became a focus. With the amount of time on the feet, preparing the leg and hip joints for the abuse they would take was also critical. For this we combined weight training and stretching for the upper body to condition the arms and shoulders for carrying the bike behind the back, with hike-a-bike trails on our off-road training rides. 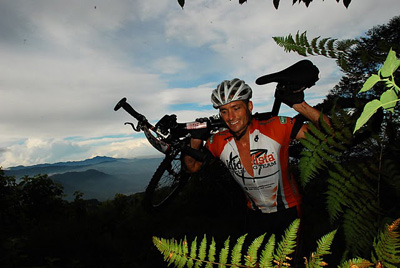 The second part of the specific training included trail running to condition the hip and leg joints to the repeated impacts that cycling training does not normally include. After a couple of weeks of trail running we incorporated steep trail hiking in our mountain bike shoes while carrying our bikes in the same fashion that we would do once at the race. This paid dividends while crossing the Carara and the 20+ mud slides that we had to climb over on the first day of La Ruta.

On-the-bike training was modified from our normal mountain bike training rides to incorporate extended climbs with 25% or better grades. The terrain in Costa Rica, due to the many volcanoes that created it, is very violent in its grades. On Stage 2 we recorded a 42% grade on our Garmins. While that particular section was more efficient to walk and push the bikes, there are many long sections with grades of 20 to 30%.

Nutrition during the race is critical as it can be very hot and humid. You lose more electrolytes and water in sweat than you realize and it difficult to take in enough calories with what is provided at the checkpoints. One also has to be very careful about the water and fruit in some areas of the country. I choose to use two hydration packs with liquid nutrition mixed in the bladders. There are several advantages to this; one is a lighter bike and padding on your back while lugging your bike through the deep mud of the rain forest. Another is that it provides a means for quick, easily accessed, and clean hydration, as mud gets everywhere, and your bottles can be badly contaminated or, even worse, lost on a rocky descent.

With the first day being 8 to 9 hours on the roads and trails, food bars and gels are highly recommended. The checkpoints are often several hours apart and may not be stocked with enough calorie-rich foods. Costa Ricans eat a lot of fruit, which tastes great, but on top of the fact that it might not be safe, it is not rich enough in calories to fuel the long efforts. Admittedly, what we enjoyed along the way was REAL Coca-Cola made with pure cane sugar instead of the US version with corn syrup. Sometimes the locals cheering along the course have it in sandwich bags to hand up to the riders. Coke in a bag…brilliant! Just bite the corner and squeeze the refreshment into your mouth. Heaven!

The last portion of training is mental. Mental, in that you need to be prepared to accept whatever challenge is thrown at you. During this race you can face many unexpected circumstances and you will need to overcome your fears and learn to be in the moment with whatever you encounter. This race is extremely unpredictable; there could be deep river crossings, mud slides to climb over, and wet railroad bridges that you must carry your bike across very gingerly. You may even encounter the bridges being blocked by stopped trains as we did on day 4 in 2009. The train in this case just became another obstacle on the course. We climbed up on it and ran down the flat bed trailer to the end and hopped off of the back of the now moving train. (Don’t try this at home!)

While this adventure is dangerous in nature, it is also a very rewarding accomplishment and an experience one doesn’t soon forget.  Participants see amazing natural wonders, are pushed past their fears, and get to head home with amazing stories to share with friends and family. It may even be life changing, as it was for me. 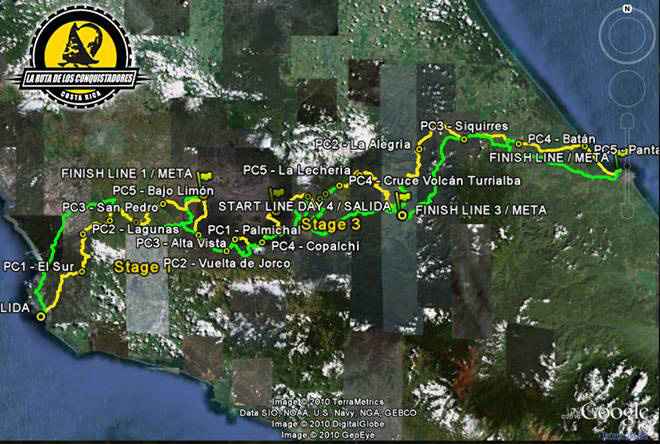