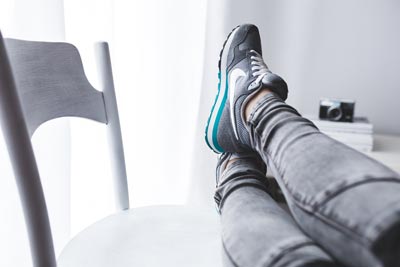 That’s right.  You’re going over your season in your mind, reviewing all those spots where if you’d just been a little stronger, a little faster…if you’d had just a tiny bit more endurance it would have made all the difference.  And you can’t wait to get started, build up, kick your training into hyper-drive.

So why rest?  Because as endurance athletes we get burned out; fatigue sets in.  Our sports demand a massive training volume, and we can forget what it feels like to be truly, fully recovered.  It may not seem like it because resting is a do-nothing activity, but resting – doing nothing – is just as important, in the right amounts at the right times, as pushing it.

Rest for Physiology and More

There are the well-known physiological reasons for resting: the need for the body’s structure – muscles, tendons, ligaments and joints – to recover fully, rebuild, get back to basic function.  But what is less well known is that your neurological system also needs to recover: your brain, spinal cord and nerves.  It’s hard to feel neurological fatigue as easily as a sore muscle, but it’s there.  And since the structural and neurological systems partner in optimizing athletic performance, when one isn’t working the other one can’t.

Our neurological system – or Central Nervous System (CNS) – controls muscle movement much like a battery powers an electric automobile. If that CNS battery becomes drained, it won’t even start, let alone power you down the road at your best.  In the absence of a recovered and rested CNS, muscle performance fades. This situation can be periodic – such as between training sessions- or chronic – like at the end of a racing season. Repairing your CNS requires the same thing as repairing your muscles: rest.

CNS fatigue is accelerated by stressors commonly associated with endurance training and racing:

These things stress our neurotransmitters and also affect hormones such as dopamine, serotonin, epinephrine, and cortisol in the brain. The interaction between neurotransmitters and hormones – specifically dopamine and serotonin during prolonged exercise – may play a role in the development of fatigue. During intense or prolonged exercise, the body releases inflammatory cytokines – chemical  messengers released in the presence of nerve injury – which latch onto nerve receptors, causing pain and fatigue.  We can end up hurting all over, and nowhere in particular.

Add to the list above life events like the family, personal, financial or work-related worries we can all carry at times.  All neurological stressors affect performance.

Our bodies send out warnings to rest, both neurologically and structurally.  Within the season this usually means putting a hole in your training and filling it with – nothing, for just a little while.  In the off-season, though, you have the chance to give your body what it really needs, an extended period of full-on rest.

Thorough recovery during the off-season will optimize performance the following season by ensuring the CNS and muscular systems are healthy enough to interact effectively, decreasing fatigue and the risk of injury, while energy and performance get boosted.

So what can an athlete do during the off season to rest and recover?

Well if you simply can’t stomach the idea of doing nothing, try some of these ideas:

Pushing ourselves to our limits and beyond is part of competing, we all know that.  And many of us are ready to do everything we need to do to improve, get faster, succeed more.  Along with doing everything, are you willing to do nothing?

Contributions to this article by Andrew Osborn.