With Wenzel Coaching
Since 2008

"After numerous disappointing finishes in previous years of racing, I had my first win in a Cat. 2 race after just 4 months on my training plan. I felt strong and focused during my race and kept a positive attitude even in the adverse conditions, all of which I'm certain would not have happened without my training plan and coaching. Aaron's support and encouragement has motivated me to push myself beyond what I thought I was capable of and I'm looking forward to seeing what the rest of the season holds. " 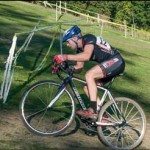 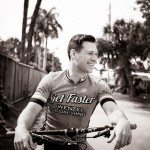 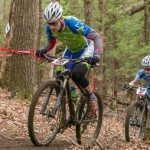 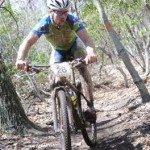 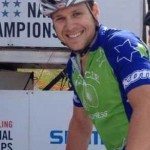 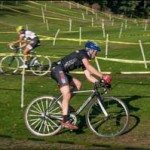 Aaron Oakes of Marion, MA is a USA Cycling certified coach and has been with Wenzel Coaching since 2008. His unique educational background includes a Bachelor of Science degree from the University of Massachusetts with the dual majors of exercise science (now called kinesiology) and food science. He also earned the Master of Science degree in food science with a minor in nutrition from North Carolina State University. Aaron competes professionally on the mountain bike and in cyclocross, having climbed through the ranks while managing both working and studying. He is able to draw on that experience to help his clients make the most of their own training and competition around work or school and family schedules.

Aaron’s specialties include teaching off-road and cyclocross bike handling skills. His clients have achieved top podium placings in local, regional and national mountain bike and cyclocross races of various distances and abilities in a variety of age groups. His own competitive experience includes numerous cyclocross and mountain bike national championship races.  In 2015 he finished top 10 overall in the NUE 100 miler mountain bike series, was ranked top 10 for marathon MTB by USAC, and finished top 10 at the US Mountain Bike Marathon National Championship.

In the cyclocross arena, Aaron has raced internationally and taught numerous skill clinics focusing on the unique skills required for fun, safe, fast CX racing. He is a two-time New Jersey Cyclocross Cup Champion in the Elite category as well as the 2007 State Champion. He has raced most high profile UCI cyclocross races of the Northeast and has also raced in the Verge New England series, the Mid Atlantic series, and the National Championships in Kansas and Oregon.

In MTB cross country he has experience racing at the world cup level and has competed nationally and internationally. This experience has gained him a familiarity with nearly every race course in New England and New Jersey. He has also raced most higher profile races on the East Coast, including Windham Mountain, NY; Seven Springs, PA; Greenbrier Challenge in Maryland; Snowshoe, WV; Mt. Snow, VT; and Banner Elk, NC.

Aaron’s love of mountain biking has also taken him into ultra-endurance territory. He has previously competed in the National Ultra Endurance 100 miler series and has top 20 finishes in the Fool’s Gold, Shenandoah, Cohutta, and Mohican 100 mile mountain bike races. These experiences have provided intimate knowledge of the specific physical and mental requirements of 100 mile and marathon distance mountain bike racing.

"I am extremely happy with my coaching with Aaron Oakes over the past two years. Aaron has played a major role in helping me reach my goals in mountain bike racing and I have seen major improvements in a short amount of time. I highly recommend Aaron for his expertise in mountain bike coaching." ~L. Hartlaub

"Since I began working with Aaron this year, I have made tremendous progress in all aspects of my riding and racing and much of that is due to Aaron's excellent coaching. I've been impressed, and have greatly benefited, from Aaron's unique ability to listen to me describe what I need help with, and to then suggest precise, doable actions or changes that had made a huge difference in my overall progress. I recently had the opportunity to work one on one with Aaron on skills, and his ability to break things down and to teach proper technique in a way that really resonated was fantastic. Finally, Aaron's level of engagement and commitment to coaching day in and day out is truly exemplary. I can't recommend Aaron's coaching highly enough!" ~ M. Troutman

"My 40th birthday was not my only or most important milestone this year. In the early part of 2013, Aaron suggested I consider advancing from Category 2 to Category 1, a jump that would challenge me physically and mentally. At first I wasn't sure I was ready, but he assured me that I had all the skills I needed. After a brief email to USA Cycling, I was shocked to receive an immediate promotion to Category 1. But Aaron wasn't as surprised, and assured me that I might even qualify for Nationals. When I indeed made it to the qualified riders list in the spring I was ecstatic. Sure, I told myself, I it will be a great experience to go to Nationals. I never in my wildest dreams thought I would actually win anything. But Aaron again suggested that there was a good chance I could make it to the podium. Of course I thought he was crazy, but when I found myself on the podium for not one, but two events, I was over the moon. What a great way to celebrate 40! What I have learned from Aaron this year is 1) success lies in the right combination of training, rest and attitude, 2) believing you can win is a big part of winning, and 3) age is irrelevant." ~A Elder

"I really appreciate you taking the time to meet with me one on one to work on 'cross skills. Following a training plan is something I can do independently, but your ability to quickly identify the subtle tweaks I need to make to my 'cross skills is exactly the expertise I need to take my abilities to the next level. I look forward to seeing you at the races." ~ Diane

"After numerous disappointing finishes in previous years of racing, I had my first win in a Cat. 2 race after just 4 months on my training plan. I felt strong and focused during my race and kept a positive attitude even in the adverse conditions, all of which I'm certain would not have happened without my training plan and coaching. Aaron's support and encouragement has motivated me to push myself beyond what I thought I was capable of and I'm looking forward to seeing what the rest of the season holds. " Alyssa M.

"Just a quick update after this morning's ride. As you may remember, about 8 weeks ago I did a 40 mile group ride and struggled to keep up with the group, even having to be pulled back up while the group slowed down and waited for me. I got completely blown out the back on the last half of the ride and wound up limping home, thoroughly exhausted. 8 weeks of Wenzel Coaching later, I tried the ride again. This time, I averaged 19.1 mph over the 48.5 miles of the ride, took my turn pulling at the front of the fast group (averaging about 21 mph during the pulls) and, although pleasantly tired after the ride, felt I held my own throughout the ride... I felt strong throughout the ride and quickly recovered once back in the pace line." Thanks, Bill M