With Wenzel Coaching
Since 2018 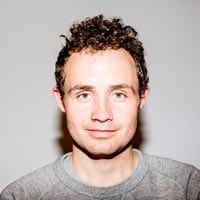 ... A great cycling coach, particularly with beginner cyclists and riders who may feel intimidated or overwhelmed by the culture of bike racing. He has the ability to present the nuances of bike racing and training in straightforward terms." 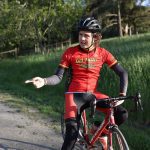 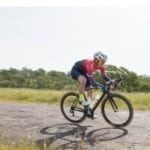 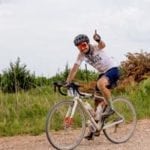 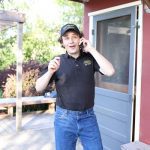 Coach Adrian is fully vaccinated against COVID-19 and ready for in-person coaching with appropriate precautions.

Adrian Bennett’s broad experience of cycling helps him zoom in on the most important of cycling’s often overwhelming variables for any particular rider. He systematically troubleshoots clients’ training processes, finds the challenge areas, and creates a concrete action plan. Adrian has raced as a full-time student, office worker, and mechanic. He knows the scramble of balancing ambitious cycling goals with real life responsibilities. His work in the power meter industry gave him an insider’s knowledge of how to get the most from power-based training. Power isn’t everything. It merely allows one to sit at the proverbial chess table of racing. Adrian also teaches from his depth of tactical experience, whether it’s field sprint positioning or when and how to eat on a 29-hour ride. He approaches clients’ training programs with the same methodical attention to detail that he would apply when diagnosing their machines as a repair mechanic.

Adrian is excited to work with clients of all backgrounds and experience levels. His specialty areas are road racing, gravel grinders, and ultra-endurance events, though he’s equally enthusiastic about his mountain bike and cyclocross athletes. He sees immense value in being on site at as many client events as possible as it allows for observation-based feedback. Adrian wants to help clients achieve their maximum potential as competitors while maintaining a sustainable life/work/training balance. He recognizes the importance of good times on the bike, without compromising the discipline of purposeful training. He is a supportive, compassionate coach who wants his clients to feel welcomed and heard.

Adrian earned his degree from Oberlin College with a double major in History and Gender, Sexuality, and Feminist Studies. As the captain of the Oberlin Cycling Team for several years, Adrian learned to mentor aspiring racers. He showed them good form on the bike, pack etiquette and handling skills, and accompanied them on many “firsts,” be it first race, first ride over 50 miles, or first podium. He helped nervous racers feel a sense of purpose and belonging in the scrimmage of the field. He is familiar with conducting repeatable power tests, training through brutal Mdwestern winters, and handling most bicycle types in most imaginable conditions.

Adrian’s first cycling obsession was unconventional. After discovering randonneuring his senior year of high school, he assembled a 1969 Raleigh Super Course from the bike shop junk pile and completed a super randonneur series (200, 300, 400 and 600 kilometer rides) with the San Francisco Randonneurs before his 18th birthday. During college, bike shop colleagues convinced him to try road racing, launching a five-year obsessive hustle of weekends on the road and a scramble for upgrade points. He raced all over the United States, primarily based in Ohio, California, and Oregon. After some respectable stage race showings and road race podium finishes in the Pacific Northwest region, he earned his Category 2 road license from USA Cycling. He also completed the Dirty Kanza 200 in 2017 as part of the Project Y documentary film.

After a mountain bike crash in 2014, Adrian went to the doctor to investigate possible rib-cage trauma. There he learned that he had a bicuspid aortic heart valve. Though initially discouraged from racing, after additional testing, he was given the tentative green light, and continued for three more seasons. He’s taking it easy on the heart now, sticking to a program of mostly low intensity activity, feeling like he got the answers he needed to about his potential as a racer.

Adrian is based in Los Angeles, CA where he also works as a steel fabricator. He enjoys long hikes with his dog, adventurous multi-day rides, mountain biking, BMX, and skateboarding. Adrian’s affinity for wheeled vehicles extends into the automotive arena where his interests lean towards classics, hot rods, and drag racing.

“Adrian is outstanding, he's thoughtful and has the experience as well as research behind him to offer great recommendations on training, racing, and he knows things specific for the events I'm doing, too. His thoroughness and level of interest are exactly what I was after when I signed up to work with him and he's really hitting the mark (exceeding expectations for sure).” ~Renee V.

... A great cycling coach, particularly with beginner cyclists and riders who may feel intimidated or overwhelmed by the culture of bike racing. He has the ability to present the nuances of bike racing and training in straightforward terms."
~Ben Fox Shapiro