With Wenzel Coaching
Since 2016

"Jess was great at communicating and was always available to answer last minute questions and chat after events. My schedule was often all over the place with work and personal travel. Jess always did a great job of planning my workouts so I could get the efforts in when I could." 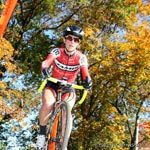 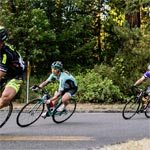 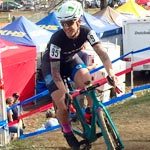 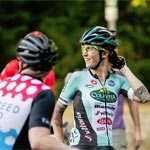 Coach Jessica is fully vaccinated against COVID-19 and ready for in-person coaching with appropriate precautions. She currently has a waiting list for clients. Please inquire about the list if you are interested in working with Coach Jessica.

Head Coach Jessica Cutler initially dabbled in mountain biking and collegiate road racing, but then stepped away from the sport from her early 20’s until just before her 30th birthday when she began racing as a mental break from the rigors of law school. She quickly excelled on the road, track, and cyclocross courses and signed her first professional contract at age 32. Since then, she has competed for the U.S. National Team and various professional teams on the road, won a national title on the track, and stood on many UCI cyclocross podiums. Nearly all of Jessica’s athletic success came under the guidance of Wenzel Coaching. Now she uses her own experience and successes as well as her familiarity with the Wenzel Coaching system to help her clients achieve their goals.

Jessica began coaching in 2013. Her coaching successes include coaching a client who secured a U23 spot on the US Cyclocross World Championships team, helping multiple athletes from juniors to masters get to the podium at the U.S. National Cyclocross Championships, helping a recent retiree advance from being a 6 mile-a-day commuter to completing a 32-mile climb, coaching a client to a single speed win at Unbound Gravel, and helping many athletes land on podiums in nearly every discipline. Jessica’s core coaching philosophy is that “there are many measures of success” and she works closely with each individual athlete to set and achieve goals.

Racers looking to reach or perform on the North American professional circuit on both the road and cyclocross have an extensive resource in Jessica. She has raced nearly every stage race, one-day race, and most criteriums that are currently on the Pro Road Calendar as well as a variety of races in Canada, Belgium, and The Netherlands. She has worked for team leaders as a climbing domestique, sprint lead-out, and all-around workhorse. She also excelled as a time trialist and stage racer, climbing to place in top US stage races. She is able to give her athletes an understanding of tactics as well as how to thrive in a competitive team environment.

Jessica has also raced nearly every road race in Washington and many in Oregon, giving her a detailed familiarity with the courses and conditions in the Pacific Northwest. She is familiar with the majority of the pro cyclocross courses as well as nearly every local cyclocross race in Washington. A well-rounded athlete and coach, Jessica can also work with those looking to mix in track racing, as she has raced for years at the Marymoor Velodrome and has raced on many other tracks around the US.

Additionally, Jessica has received extensive training in mountain bike skills coaching and loves to take her expertise out to the trails and the bike park. She has worked with many mountain bikers, from beginners to advanced riders improve their speed, confidence, and technical ability. She is available for private skills coaching and guided tours of western Washington’s extensive trails network.

When Jessica is not coaching, she is working as an attorney for Washington Bike Law in Seattle, a law firm that assists injured cyclists and also advocates for safer streets. Jessica runs the nonprofit Northwest Women’s Cyclocross Project which seeks to open pathways to the sport for young women from the Pacific Northwest and Alaska. She is an active member of the Evergreen Mountain Bike Alliance DEI committee and helps with trail building and maintenance when she has the time. She lives in the Ballard neighborhood of Seattle with her husband Niels, their wheelie cute wheelchair dog Millie, and a cat who will outlive us all.

"Wenzel Coaching and Jessica Cutler are awesome! I reached my goal of becoming a category 2 in cyclocross with Jessica as a coach. Wenzel Coaching is easy to work with, responsive, and affordable! I really enjoyed every minute of the experience and highly recommend both Wenzel and Jessica for anyone looking to explore coaching." ~ G. George

"Jess’s strongest qualities are her ability to work well with anyone, her connections in the cycling community and her dedication to the my goals. I think she would work well with athletes at any age. She’s worked with me since I was 15 and has a good relationship with my parents which has really helped me achieve my goals as a jr rider and now as a u23. Jess has given me invaluable opportunity which, with out her, would most likely have taken me many more years to achieve." Shannon M.

"Shannon had two other coaches before we found Jess, and Jess is by far the best we’ve seen. I think that the most impressive thing Jessica does is to go out of her way to keep up with Shannon’s progress/races and provide feedback. Our other coaches frequently just gave Shannon workouts but Jessica sometimes know the results of a race before we do (even when she isn’t at the race - she has connections). I'm pretty sure my daughter wouldn't be racing at the level she is without Jess." ~Kimberly M.

"As I approached retirement at age 62, I wanted to do something memorable. I was not very active and “chunky”. I did commute by bike to work for over 30 years, but it was a 6 mile RT on a flat bike path. I wanted to bicycle the Going-to-the-Sun road in Glacier Park Montana, to the top of Logan Pass…32 miles UP. I had never ridden a road bike and had never used clip pedals. I decided to get some help and went to the people of Cycle University in Seattle. I spoke with 3 different coaches about my goal and my time frame (3 months). While the first 2 coaches were very qualified, I didn’t feel they saw “potential” in me. Jessica was different. She laid out weekly workouts, rides, drills and would schedule some rides together. As I completed each day’s assignment, I would send my comments on each item and she would comment and make suggestions. She talked to me about nutrition and fueling…made a huge difference in my energy levels. She celebrated my achievements and helped me learn from my bad days. Yes, I completed my climb up Going-to-the-Sun…and have continued on my fitness road. With Jessica’s encouragement, I decided to train for a triathlon (I had to learn to swim). I completed a Sprint Tri and my next goal is an Olympic Tri." ~D. Murphy