With Wenzel Coaching
Since 2017

"Kurt is the best thing that ever happened to my cycling life. He 100% has my back. I don't ever have to do anything but articulate my goals/thoughts, listen to a little feedback and then do my workouts. I always feel well-prepared for everything I do and that really engenders tremendous confidence." 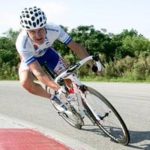 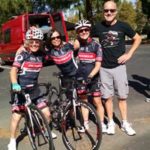 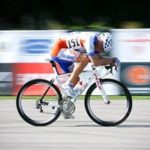 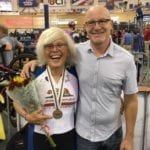 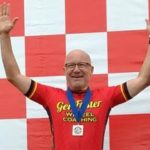 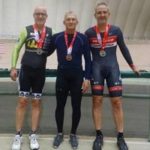 Coach Kurt Bickel is fully vaccinated against COVID-19 and ready for in-person coaching.

Kurt Bickel is a USA Cycling certified coach who brings a lifetime of athletic and leadership experiences to his coaching, providing him with insight into working through all aspects of the complicated puzzle of athletic achievement. With his extensive experience with high level success and recovery from major setbacks, Kurt can help athletes through all aspects of the development process.

Growing up in a racing family, his first competition was on a converted Stingray in the early days of BMX. Transitioning to motorcycles as a teenager, he began road racing, eventually turning professional, winning multiple regional titles and seeing the podium at national level events. After recovering from a serious spine injury, he came out of retirement to claim two regional #1 plates racing motorcycles on dirt tracks.

“A fellow coach referred an athlete who he described as “uncoachable.” She ended up on a national podium two years later. While those types of success are nice, I’ve found it every bit as gratifying helping people come back from injuries, or helping people progress in the sport. Several years ago I helped put together a cycling program at a high school with a friend who taught there. At the end of the year we did a metric century. Hearing one young lady gleefully shout “I just rode 100 kilometers, I can’t believe it!” is a moment that’s every bit as thrilling as putting someone on a podium.” ~ Coach Kurt Bickel

After retiring again from motorcycle racing, at 40 years of age he found himself crossing the 200-pound weight barrier, with a doctor’s advice to begin blood pressure meds. Instead, Kurt bought a mountain bike and began his journey as a masters racer, which eventually led to a national championship mountain bike title, two road race national titles, and a national title on the track. In addition to his 4 national championships and 19 national medals in the disciplines of MTB, road, and track, he has 24 state titles across all three disciplines and held a national record in the team pursuit. Along the way he won several cyclocross races, finished multiple centuries, and lost over 50 pounds.

660 bike races and 162 wins later Kurt credits hard work and attention to detail for his racing success. “I’m the poster child for doing a lot on fairly ordinary genetics” says Kurt. “I’ve had a good seat to see real talent — folks who have gone to the Olympics or raced the Tour de France. Those are different animals. But there’s a lot of potential inside all of us, and it’s fun and exciting when we tap into that”

After assuming numerous leadership roles in both military and civilian life, Kurt began his athletic coaching career over a decade ago when a friend asked him for help returning from an injury. He built his initial practice on word of mouth, along the way coaching athletes across the spectrum of age and gender to podiums at the state, national, and world level, branching out to work with runners, triathletes, ultra athletes, and cross-country skiers.

“A lot of improvement can come from things other than just training. Aerodynamics, biomechanics, heat management, nutrition, hydration, pacing, tactics…it’s a big list no matter what sport you are pursuing. Sometimes those things are key to improving our training as well.”

One constant in his approach is to put the athlete first; working around their lives and keeping the process as enjoyable as possible.

When he’s not cycling, Kurt is an avid freediver, downhill and cross country skier, and hiker in the mountains surrounding Reno, Nevada.

“I definitely get my money’s worth. Kurt is an outstanding coach who has gotten me in the best shape of my life (and that’s saying something considering I’m turning 50 this year!).” ~ Todd K.

"He’s the best coach I’ve met. I’ve looked at numerous coaches’ programs and approaches to dealing with clients and I’ve yet to meet anyone I’d consider switching for. " ~G. Steinberg

"If I had to sum things up in one short line: Kurt is the best thing that ever happened to my cycling life. He 100% has my back, I don't ever have to do anything but articulate my goals/thoughts, listen to a little feedback and then do my workouts. I always feel well-prepared for everything I do and that really engenders tremendous confidence, which then becomes this great positive feedback loop. Its really one of the healthiest and most productive relationship of any sort I've had in 50ish years of living." ~S. Sullivan

"As a friend told me when I was shopping around for a coach back in 2012, "Kurt is not only fast, but he knows why." And, he knows people, and he knows HOW to coach. Most importantly, he is a terrific, terrific person." ~ S. Stearns