With Wenzel Coaching
Since 2014

"Lewis has given me the tools I need to become a better athlete, and in just a few weeks, I could see the difference. The difference was not only in my physical state, but my mental state as well. My confidence rose, and so did my results. He is extremely encouraging, but keeps me accountable. With his guidance, I can’t wait to see what next year will bring." 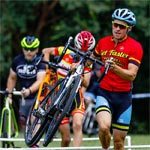 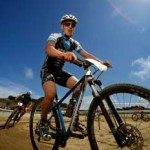 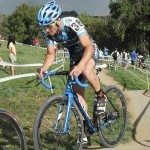 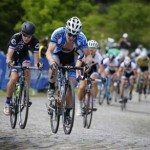 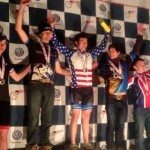 Coach Lewis Gaffney uses his experience from a decade in mountain biking, cyclocross and road racing as well has his bachelors degree in Exercise Science to help his athletes race stronger and smarter. He works with cycling athletes of all ages and levels, specifically in cyclocross and mountain bike racing. Lewis particularly enjoys breaking down skill drills step by step to help his athletes to develop good habits of technique.

Lewis discovered his ability for coaching while working as a team leader with the Brevard College Cycling team. During his four years with the team, he developed methods to help his teammates prepare for races and inspect courses tactically. His experience as a full time college student and racer training for elite competition enables him to help athletes juggle everyday stresses with training for optimal performance.

One of Lewis’s strengths as a coach is his ability to teach a race-winning mentality. He also strives to keep things fun, believing the best training happens when an athlete is positive and enjoying the experience. Lewis’s training programs combine well-timed training stress and recovery. He encourages his athletes to listen to their bodies, which helps to maintain and build their motivation.

Lewis has come into his best form yet over the past few years, racing for the American Classic Pro Cyclocross and Mountain Bike teams, along with Brevard College. During his collegiate career, Lewis gained experience in nearly every discipline at the national level. He competed in nine different national championships with the college team, earning individual podiums in road racing and cross-country mountain biking. He highlighted his collegiate career by becoming the 2014 Division II Collegiate Cyclocross National champion. Lewis scored several top ten results in the 2014 ProCX calendar and a top 30 result at CrossVegas. He finished 13th in the 2014 U23 CX national race. On the mountain bike, Lewis earned 8th at the 2013 U23 XC National Championship and followed that with a 10th in the same race in 2014. He also was consistently in the top 5 in the South East Regional Championship series racing in the pro class. Lewis also enjoys racing road races and criteriums as a Cat. 2.

Lewis got hooked on the sport of mountain biking when the UCI Mountain Bike World Cup came to his home town of Angel Fire, NM in 2005. He continued to develop as a ski racer during the winter and a mountain biker during the summer. Eventually he decided to pursue mountain biking. This led him to the coaching staff at Brevard College where he was able to develop into a professional cyclist. Lewis has been a pro mountain biker and cyclocross racer since 2011.

Lewis currently lives in Brevard, NC to race and train. He visits often his hometown of Angel Fire, NM, where his parents still reside with a farm and veterinary practice. He still enjoys alpine and cross country skiing, playing in the snow and working on DIY projects while not training, racing or coaching.

"Lewis and I met to discuss my goals for the year around racing mountain bikes and cyclocross. We also discussed training principles and the benefits of having a coach. Lewis has the experience on the bike and through his studies to understand the benefit of training “smart” with targeted goals in mind. I cannot wait for my season to start with a new focus and motivation for success." ~Matt

"Lewis has given me the tools I need to become a better athlete, and in just a few weeks, I could see the difference. The difference was not only in my physical state, but my mental state as well. My confidence rose, and so did my results. He is extremely encouraging, but keeps me accountable. With his guidance, I can’t wait to see what next year will bring." ~Keith M.