With Wenzel Coaching
Since 2020 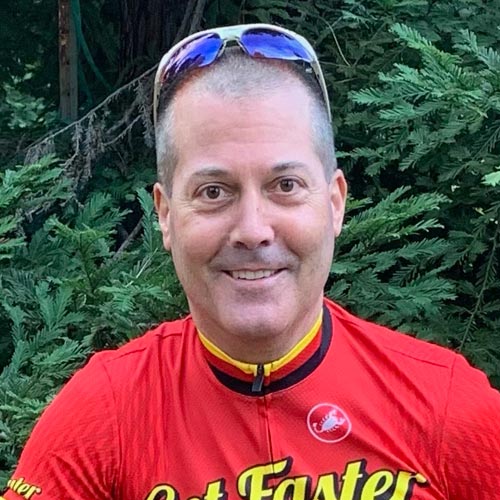 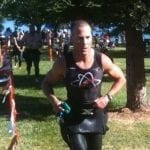 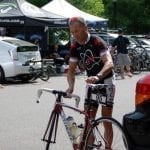 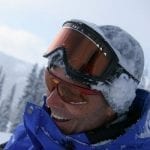 Michael Brown has a B.S. in Exercise Physiology from the University of Colorado, where he ran track, and cross-country, and performed physiological testing and research in the university’s human performance laboratory. He brings to his clients the expertise of over 35 years of bike racing, including time on cycling teams with Tour De France veterans such as Christian Van de Velde and Jonathan Vaughters, and with other notable professionals including Tinker Juarez and Rishi Grewal. Still competing as a Category 1 racer, he has won multiple state and national championship medals in cycling.  He also competes in triathlons and is a three-time USAT All-American and a three time qualifier for the Ironman 70.3 World Championships, as well as a former Ironman All-World Athlete. His unique combination of education and experience enables him to really find what works to help his athletes reach their utmost potential!

Mike individualizes his coaching to best fit the wants, needs, and requirements of each athlete. He is passionate about helping people to reach their true potential and to enjoy maximum health and fitness. He is also passionate about the science of exercise!

Mike is very comfortable coaching individuals of all levels, abilities, and ages in any sport that has to do with running, riding, or triathlon. He is able to teach skills from beginner to expert in cycling and running, and from beginner to intermediate in swimming. He coaches with power meters, heart rate monitors, and rate of perceived exertion, applying whichever method will work best for each client.  He has been doing bike fittings for more than 20 years, and has been trained to do so by some of the leaders in the industry. He is also proficient at nutritional counseling and coaching. Whatever your endurance sport related question, Mike can help you answer it.

Mike has been licenced at various times during his coaching career, including years as a USA Cycling level 2 and USA Triathlon certified coach, an  A.C.E. certified personal trainer, a Precision Nutrition level 1 and level 2 certified coach, a LeMond Fitness Certified Master Trainer, a former Outdoor Emergency Care Technician, and a certified massage therapist. He is a presenter for IDEA at their international conventions, as well as an A.C.E. recognized provider of continuing education courses for fitness professionals, and has been a member of the Heavenly Ski Resort volunteer ski patrol as well as the Winter Park Ski Resort volunteer ski patrol.

"Michael Brown has coached me for the last 8 years (approx). Initially I hired him to coach me through a single local sprint triathlon. Which I successfully and happily completed. Because of that successful triathlon, where he structured workouts to help me build a base then guided me to push myself beyond what I ever could have done on my own, I moved onto two Half Ironmans, many half marathons and open water swimming events. I could hear the joy in his voice as I described how my races went. He would never let me thank him, he would say I was the one who did the work." ~Kathleen P.

"Mike Brown is a fantastic coach for me and really has pushed me to new heights in the ultra-endurance cycling events that I participate in. As a background, I love to compete in 24hr solo mountain bike races that typically find me, depending on the course finishing at 175 to 200 miles and up my p/r in altitude gain in a race is 29453’. These races are big efforts and Mike’s daily plans have kept my training focused and on task. We have consistently worked through not only the physical aspects of my event planning but the mental and fueling areas as well. " ~ T. Strause

"During my two years training with Michael, I had a very stressful job – Michael really helped to keep an balanced eye on my stress from work and stress from training." ~Jason M.