With Wenzel Coaching
Since 2011

"Paul has a tremendous amount of knowledge, not only about cycling (specifically my sport, mountain biking,) but the body mechanics and the nutrition that go along with the sport. He understands how the mind and body work together in order to reach one's goals. He coached me to race and finish one of the toughest mountain bike races in the WORLD, La Ruta De Los Conquistadores. His years of experience and patience will most certainly assist you in achieving your goals." 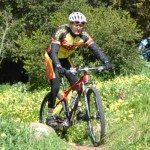 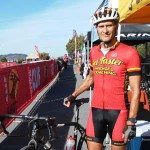 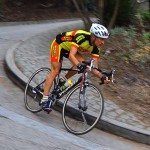 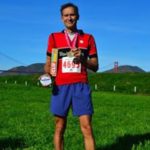 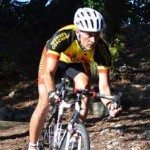 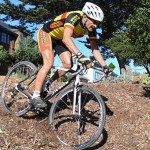 Hailing from England, Head Coach Paul Page Hanson began his racing career some 20 years ago by entering the fabled UK time-trialing scene, moving into criterium and road-racing, and then cross-country mountain-biking. Making the most of a decent engine, Paul blended enthusiasm, sensible weight-management and a conscientious approach to find podium success in all realms of road, track, mtb, cyclocross and enduro. He has recently released his book You – Racing! An Absolute Beginner’s Guide to Cycle Sport

Now based in San Francisco, Paul is a USA Cycling licensed coach, bike fit specialist, and pro bike-mechanic. He also holds Advanced Bodyworker qualifications and works with many athletes in his massage-therapy practice. Paul was a psychotherapist for 10 years in London – with a masters degree in Consciousness Studies – and brings this experience to his coaching, too. He has an engineering Diploma, and is a trained actor, having worked in theatre and television.

Paul’s philosophy of coaching is that it is a collaborative venture, where coach and athlete work together to achieve realistic goals, using clear and manageable strategies – and having fun on the bike! He has guided cyclists from a wide range of age, ability and discipline to success including:

Each of these is an example of cooperation, tracking of progress and astute planning. Paul aims to combine his own racing pedigree, coaching experience, and grasp of up-to-date science in supporting each athlete’s aspirations. It starts with listening: What is the rider’s goal? What are they doing already? How much time would they like to commit? Thus begins the partnership. This season Paul has worked rigorously with his clients, who range from experienced Cat A racers to novices, in getting on the podium, completing ambitious endurance rides, and achieving optimal fitness.

Paul continues to enjoy all aspects of cycling, and focuses on cross-country mtb, racing Cat 1. He can be found many weekends placing in the top 10 of his age group in California mountain bike races. His most recent successes include 3rd at the Boggs 8-hour mtb solo division, and podium placings at Sonomas, Downieville, Tamarancho and the infamous Leesville road-race. He is also an avid cycle tourist and endurance fan, having ridden all the mountains in the Alps and Pyrenees, and more locally, completed a sub-9hour Markleeville Death Ride. Paul is an accomplished runner, with a string of podiums this year. Successes include an age-group win at the prestigious Stagecoach Run in Jacksonville, Oregon, and 3rd overall at the Salomon 10k in San Francisco

Paul was visiting a high-school friend when he met his now-wife Jamie at a San Francisco dog park in 2006. Walking Zoe, the Lab, is now one of their favorite pastimes. Additionally, both are singer-songwriters, and can be found from time to time at musical gatherings in and around the Bay Area. Paul is also a voracious reader – especially the history of cycle-sport!

"Paul takes into consideration everything, from Health to work and life schedules. He never once questioned my goals he went right into a plan to get me there and I believe he will get me there. I looked for a coach for over a month before I cam a crossed Wenzel and Paul and I am glad I did." ~L. Haaglund

"I appreciate Paul's advice and guidance in today's frenetic world. Perhaps the most important coaching I receive is about how to take good care of myself in the big picture. Coming to the Bay Area from Boston, I could have done many, many stupid things over the last several years. Paul's help has kept me grounded and safe in the midst of a pretty crazy cycling scene." ~R. Wolski

"Paul is easy to talk to and always has something insightful to say. With his help, I went from a beginner to racing at an elite level in just a couple of years. Paul has a plenty of experience and genuine passion for the sport of cycling. He is full of knowledge and he's willing to share it!" ~ Paul N.

"Paul has a vast knowledge of bike facts and history as well as the training/fitness angle, so he is a very well informed coach for almost all disciplines in cycling. Paul is a good listener and accurately puts your goals and situations in his mind when designing training plans. Plus, his British accent makes all his advice sound so Euro!" ~ Dane G

Mental Skills Training with Paul Page Hanson
Paul Page-Hanson has coached many athletes to optimal mental preparedness, addressing issues such as stress management, pre-race focus, relaxation and composure, and self-awareness. Paul holds a Masters degree in Psychotherapy and had a practice in his native England for a decade. Over the years he has worked with musicians, actors, public speakers, sportsmen and women, and many regular people who sought to review their existing patterns and develop fresh ones. He has woven this knowledge and experience into his coaching. Thus he can help you identify obstacles to calm and efficient thinking, and replace
them with strategies for clarity and purpose. The psychological aspects of competition are tremendously important. If you’d like some coaching in
streamlining your own thinking habits, please do contact him.

“Paul is fantastic. He’s helping me move through my fears associated with crashing my bike and breaking my clavicle (twice). By learning how to relax on my bike, I am re-learning how to use my energy to push the pedals and power my bike, rather than wasting energy being tight, nervous and tense.” ~ P.Dowd

Learn from a seasoned road, mountain and cyclocross racer with wins in the US and Europe.

Working individually or in a small group, Head Coach Paul Page Hanson will take a close look at your skill-set and offer detailed analysis and guidance.

Paul has developed a keen, objective eye for posture, balance, and technique. He can help identify areas for improvement, for example by raising awareness of the rider’s position, focus, weight distribution and line choices. Steering, braking and pedaling might come under the spotlight, too, along with equipment advice such as tire selection or suspension. The emphasis is on relaxed confidence for smoother speed!

Skills, training, preparation and racing can all be addressed, for example:

Cost: $120 per hour. Up to 5 hours. Maximum 6 participants dividing costs.