With Wenzel Coaching
Since 2016 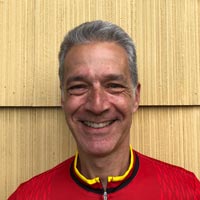 "I had three coaches over the years before Pete. I find Pete to be one of the most genuine and solid individuals I have ever met. He truly cares about people and really listens... I am constrained with time and have other non-cycling related goals that Pete helps me to meet. He helps me to keep balance in my life..." 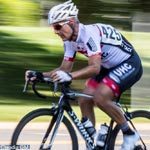 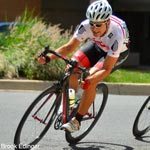 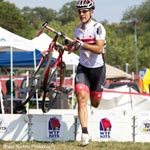 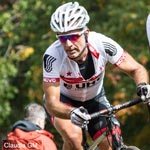 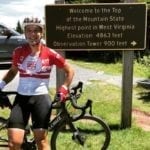 Coach Pete Lindeman of Arlington, Virginia, combines experience in masters road racing and cyclocross with a passion for working with athletes newer to bike racing. Pete has been coaching since 2008 and is a certified Level 2 USA Cycling Coach. In 2016 he organized and led a five-session Beginning Racer Program which served over 60 riders. He emphasizes developing novice riders into seasoned racers, and believes that success in cycling isn’t just about numbers or pure athleticism, but has just as much to do with being smart and efficient.

Pete coached the National Capital Velo Club’s junior cyclocross team from 2012-2015, mentoring many young athletes and helping get them (and their parents) excited about bicycle racing. He enjoys working with junior racers, helping them discover their motivation, develop discipline, and strive for excellence. His main goal with juniors is to teach them positive habits to carry over into their lives as adults, both on and off the bike.

Pete’s client successes span from juniors to masters, including a racer who won the Masters National Championship in her age group in only her second year of competitive racing. In 2015, his top junior client was named to the Women’s U.S. National Development team after placing in the top 5 at Junior Road Nationals.

Pete is a Washington, D.C. native who has been racing with the National Capital Velo Club (NCVC) since 1997. Over the years he has won several district championships in the time trial and criterium, and has raced masters elite level exclusively since 2006. His favorite part of racing is sticking the breakaway. He has also raced cyclocross since 2005. Pete gives back to the sport by serving as vice president of MABRA (Mid-Atlantic Bicycle Racing Association), which he’s done since 2014.

When not on the bike, Pete loves to hike with his wife, Julie. He is also a big soccer fan and still manages to get out and kick the ball around on occasion.

“Pete is a great match with me. He is knowledgeable and more importantly very patient. I ask a lot of questions and he never fails to respond to me and answer them.” ~ Jack H.

"I had three coaches over the years before Pete. I find Pete to be one of the most genuine and solid individuals I have ever met. He truly cares about people and really listens... I am constrained with time and have other non-cycling related goals that Pete helps me to meet. He helps me to keep balance in my life..." ~Michelle N.

"He has done a great job working with Alex and has achieved great results. He's responsive to Alex's questions and cares about his development. He's provided age appropriate workouts and has been careful to keep it fun. Alex follows his scheduled workouts very closely and will email Pete with questions about specific workouts from time to time. Pete does a good job of encouraging and motivating Alex. Perhaps most importantly, he rests him enough, as Alex would probably ride harder and more if he didn't have his week scheduled in advance. " ~Brian K.