With Wenzel Coaching
Since 2019 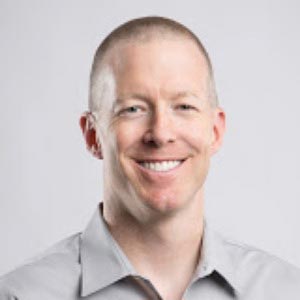 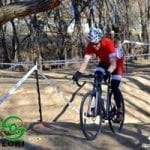 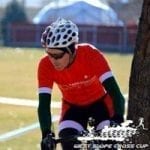 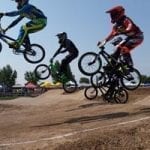 Coach Richard Price is fully vaccinated against COVID-19 and ready for in-person coaching.

Helping athletes achieve their goals is something that Dr Richard Price of Grand Junction, Colorado has been doing as a sports medicine physician for many years. He’s helped his athletes stay in the game when other physicians have told them that they should not compete or even train. With that approach, he’s helped athletes achieve success from local 5Ks to the Olympics.

Building on an interest in sports science, Richard has become gradually more involved in the cycling and running communities and taken up formal coaching of athletes. He is TrainingPeaks Certified and has been a USA Cycling Level 2 licensed coach using WKO for over 10 years. His athletes benefit from that experience both on and off the road in cycling and running.

A recent client success with a masters athlete illustrates how Coach Richard uses data in his athletes’ training: In the run up to the athlete’s goal event, the Mount Evans Hill Climb, he discovered through TrainingPeaks and WKO that the athlete’s peak performances at 20, 10 and 5 minutes were at a lower TSB (-20) than expected. Using this information he altered the athlete’s taper, leading to an age-group win by over 10 minutes and shaving two full minutes off of his time from the previous year.

If you race on two wheels, Richard can help. A lifetime athlete, he got hooked on the bike in college and has enthusiastically raced ever since, competing on the mountain bike, road, cyclocross, gravel, enduro, downhill and BMX circuits. He has raced everything from local races to national championships, often providing medical support at the events he enters.

Richard has extensive experience in both racing and supporting ultra-endurance bike events like 12-, 18- and 24- hour events, in the solo and team categories. Some successes include wins in the four-person team overall at 24 Hours of Moab and season series wins for 24 Hours of Adrenaline and Granny Gear events. Other participation includes road, mountain and ‘cross state championships in Colorado, the Leadville 100 Run Ultra-Marathon, the Kokopelli 140 MTB Race, the 70.3 Oceanside Triathlon, and various XTERRA races.

Richard’s years of experience monitoring and testing elite athletes give him a perspective that few coaches have (as well as many great stories, such as the time he was the medical director for the Mammoth Hospital Human Performance lab testing the VO2Max of several Olympic runners at various elevations and had to obtain a faster treadmill because the athletes were outrunning the standard treadmill at 9000 feet.)

Coach Richard has stayed at the top of his game by providing educational seminars to athletes and coaches at the Olympic Training Centers in Colorado Springs and Chula Vista, CA on injury prevention, rehab and altitude training. He feels blessed to have been able to work as a physician with the US Ski and Snowboard team for many years since his fellowship in sports medicine in 2004..

Richard is extensively involved in the cycling community in his home town of Grand Junction. As medical director of a company whose goal is to provide cost-effective medical coverage for events in the Mountain West, he is able to get to a large number of races and events, giving him familiarity with many of the course offerings as well as the chance to watch his athletes in action. His community involvement also includes organizing the first local cyclocross race in the Grand Valley and coaching and ride leading for the local NICA High School league. He recently obtained a Referee license to better assist locally in event promotion and production.

Richard and his wife (a pediatrician) have twin 14 year-olds who dabble in cycling and who have led him to race BMX. He and his family enjoy attending the 18 Hours of Fruita each year, where the kids are getting faster every time. He describes his hobby as “professional laundry folder” and is a fan of reading anything that contains zombies.

"Dr. Price has been an invaluable resource for me! As a relatively new cyclist, I have had lots of questions and he has been very knowledgable and helpful. His experience in coaching athletes is clear in the training plan he has developed for me. I highly recommend him and Wenzel Coaching to anyone!" ~A Conlan